The Eixample district of Barcelona is the centre of a new initiative: Superblocks. This project plans to tackle air pollution and high noise levels by creating car-free spaces.

Ildefons Cerda is considered one Barcelona’s architecture and urban planning pioneers of the 19th century. He is famous for having designed the Eixample district, an extension of Barcelona’s city centre. He intended to tackle public health issues and to express a progressive ideology. Today, the Eixample once again becomes the centre for urban innovation with this new project.

Several studies show that air pollution in Barcelona is causing 3500 premature deaths per year. Air pollution is also having severe effects on agriculture and the ecosystem. Private vehicles account for 20% of total movements but occupy 60% of the city’s roads. In addition, the World Health Organisation recommends that cities offer at least 9 square meters of green space per inhabitant, and Barcelona is currently only offering 6.6.

The superblock project consists of re-purposing the current block-shaped infrastructure in the Eixample and solving some of the problems mentioned above. It plans to create more car-free spaces and reduce traffic by 21%. Each superblock will contain nine of the existing blocks and only cars that belong to civilians or businesses will be allowed to cross the superblock borders, at a reduced speed. The project should reduce 60% of car-used streets. 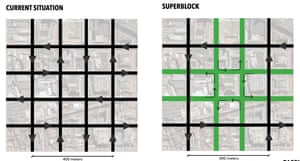 Besides reducing air pollution, this project also seeks to reduce sedentary life through incentivising more walking and cycling activities. New cycling lanes and bus stops will be available and, due to less traffic, bus waiting time will drop to around 5 minutes. According to a Local Environmental Epidemiology Agency, reducing nitrogen dioxide levels could prevent around 1200 deaths. It could also help reduce cases of asthma attacks, bronchitis and cardiovascular-related hospitalisations. 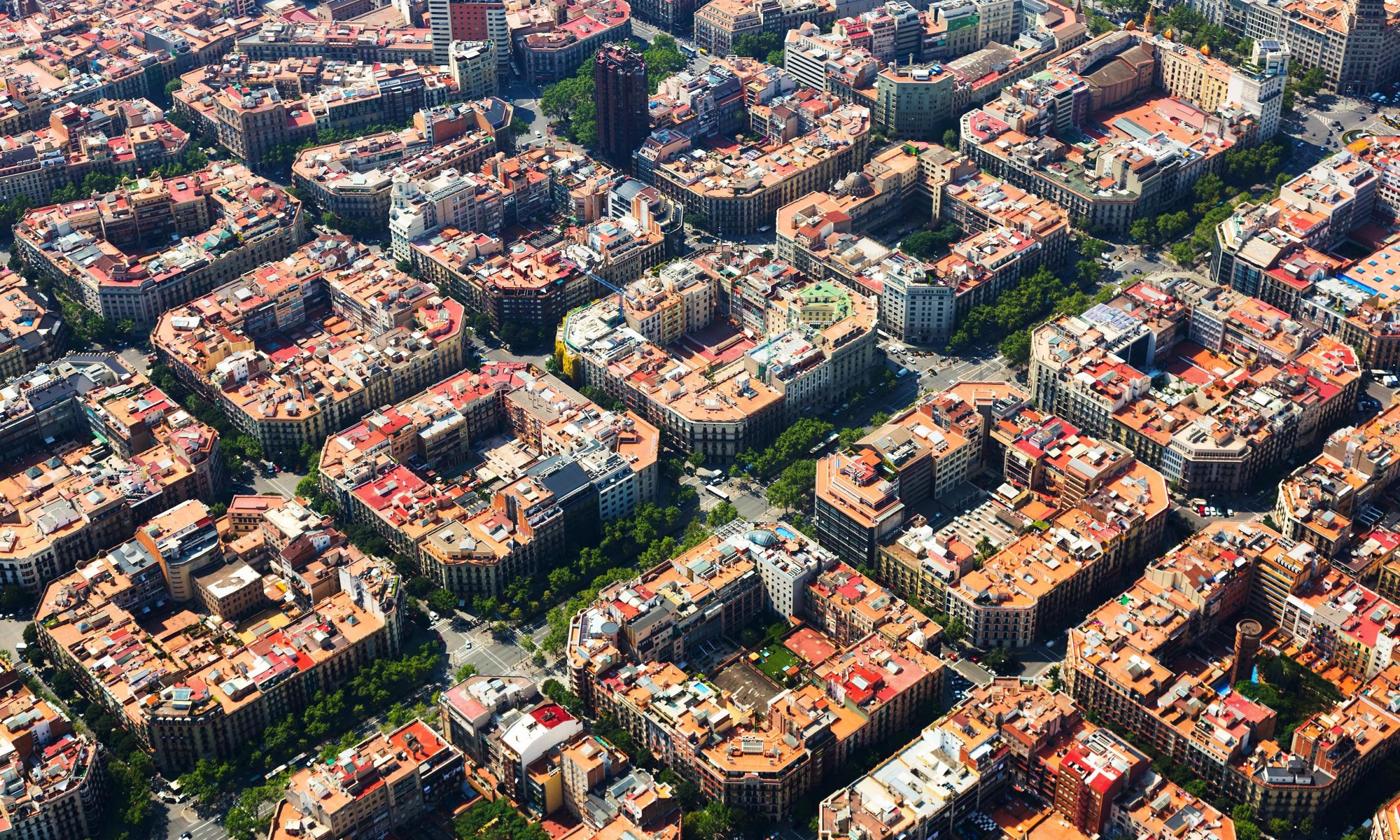 Cerda’s ideology behind the Eixample project was to end with class divide and form a more class integrated city. However, these ideals were rapidly vanished by self-interested politicians and the Eixample did little to incentivise class integration. The superblock project could fix some of these wrongdoings and win streets back for Barcelona’s citizens. Hopefully, this time, ideological motivations behind this project are not overshadowed by the self-interest of those in charge.

Source and Photos: The Guardian and Ghat