The seventh stop of our tour brought us to Fierbinți-Târg, in the West Ialomita Functional Area. Medium-sized and small urban communities have always had difficulties in creating a development strategy if they are located near a large urban agglomeration, but in Fierbinti we discovered a strategy with real potential: a bedroom, eventful and green city.

Fierbinți-Târg is only 40 km from Bucharest, which gives it the potential to become a bedroom town or a satellite of the Capital. The tendency to relocate to the quieter area is to also allow them to fulfill the duties of the job, which is why they are oriented towards localities that offer the quality of life for its residents. The development plan of the West Ialomița Functional Area is to value the natural heritage, to ensure connectivity with Bucharest and to create places for people where they can spend their free time. In Fierbinți-Târg, we met City Manager Iulian Mareș, an involved man with a clear vision for his community. Iulian makes constant efforts to promote Fierbinți and the surrounding towns to stakeholders from the Government, international organizations, business and NGOs with similar interests. His greatest wish is for the people of Bucharest to leave the Capital for a quieter life in West Ialomita, to be able to quickly reach Bucharest through a connection with the metropolitan train, to be able to spend the evenings on a walk through nature or at comedy festival and live in a green and innovative community.

For the first time, pride was put aside and the mayors of the towns of West Ialomița decided to collaborate in projects that can produce well-being and generate quality of life for citizens. We discussed the development priorities with Alexandru Potor (County Manager Ialomița), Iusein Iuksel (Mayor of Fierbinți-Târg), Lucian Dumitru (Mayor of Dridu) and Goga Ioan (Mayor of Movilița). 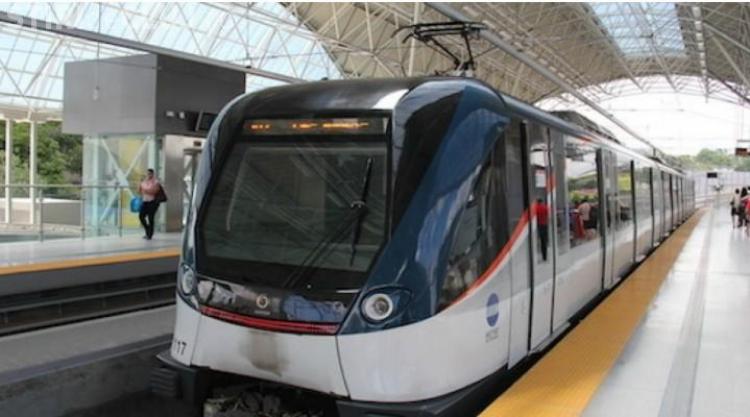 The public administration started a lobbying process to enter the Bucharest Metropolitan Train project in order to benefit from a sustainable and non-polluting connection with the Capital. As we saw in the example of Zagreb, clean connectivity between neighboring towns brings prosperity to the entire region. Currently, the fastest way to get from Bucharest to Fierbinți is via DJ101, but an integrated public transport is the solution for the long-term development of the area. 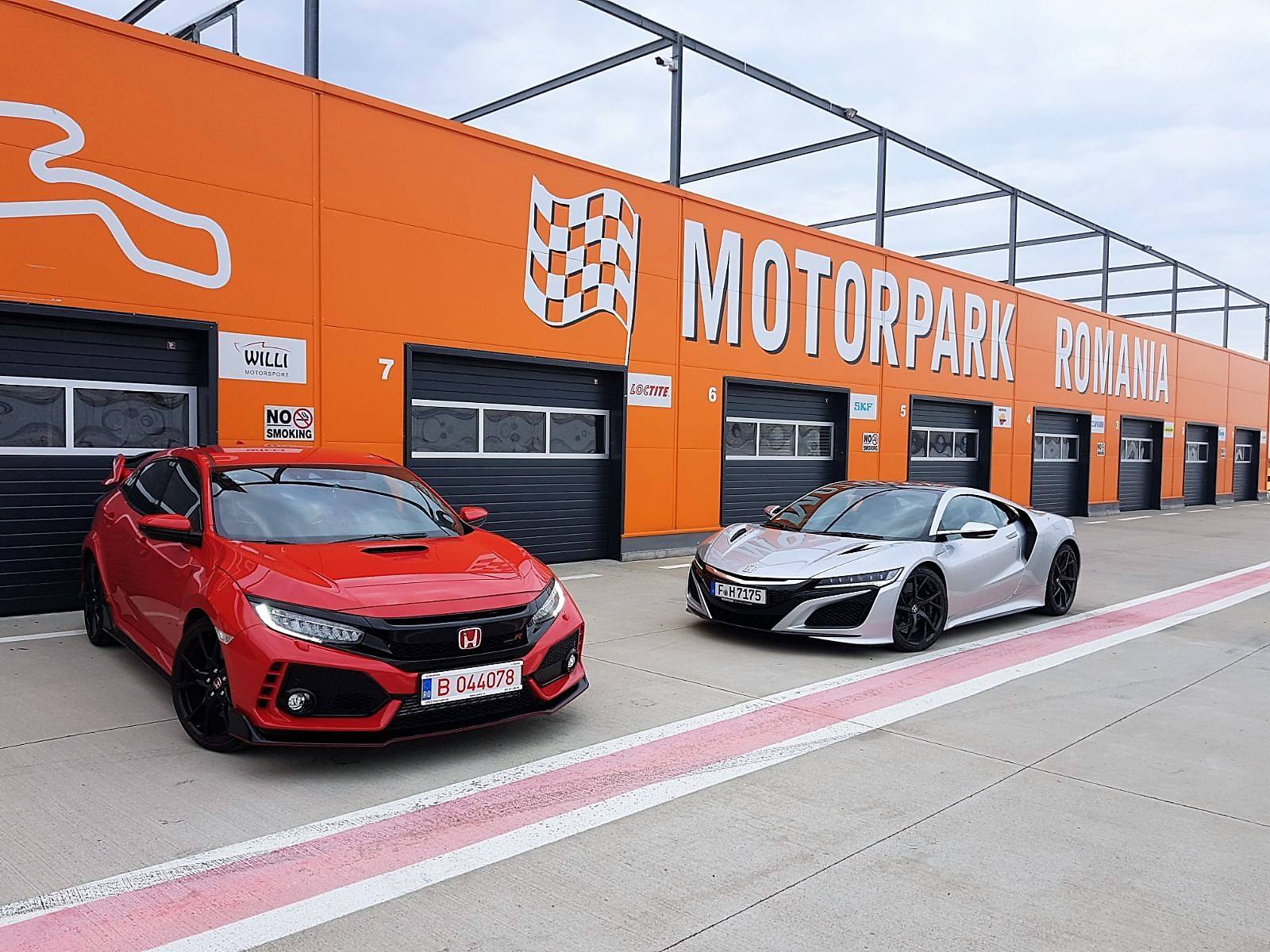 The largest high-speed motorcycle circuit in the country was built in Adâncata commune, 14 km from Fierbinți-Târg. Racing enthusiasts regularly come to this area when competitions or various events are held. Accommodation capacity is under-required for this reason, which is why the opportunity is created for residents to invest in small guesthouses and related HoReCa businesses. At this moment, visitors stay in Urziceni or Bucharest so that they can participate as spectators in the races. Another very important sector that can be enhanced thanks to tourism is local gastronomy, currently there is one restaurant each in Fierbinți and Dridu with the capacity to serve an additional influx of customers. The third agricultural high school inaugurated in Romania is located in the town of Armășești. At the moment, the high school is on the list of institutions receiving support from the Ministry of Agriculture, but the situation is not very happy. The infrastructure needs urgent work and the number of students tends to zero. The fact that it is a historical monument of category A, of national or universal importance, is the reason that the local administration is counting on to restore it to its former performance. Through a collaboration with the University of Agronomic Sciences and Veterinary Medicine in Bucharest, the direction for the transformation of the high school into a European or international school of agriculture and animal husbandry was established. The business environment in the animal husbandry field is continuously looking for qualified personnel in this field and a high school would provide the human resource much needed in the labor market. However, the local administration faces the lack of interest from representatives of educational institutions in promoting agricultural specializations. For this reason, the solution would be the internationalization of the high school and its transformation into something other than an institution subordinated to the school inspectorate. However, the problem of financing a zootechnical education institution arises and stakeholders are being sought to get involved in the realization of the vision for a European Iordache Zossima High School.

Lake Dridu can play a very important role in strengthening the tourist brand of the Fierbinti area. It could be transformed into an agreement park like the one at Comana, its dimensions being considerable and there being a nature reserve that overlaps 1/3 of the lake area. Sustainably developed green-blue infrastructure has a huge potential to create prosperity for the community if a method is found in which nature is protected and people can enjoy the zonal specificity.

Among other natural attractions we can mention the Grădiștea-Căldărușani-Dridu Natura 2000 site, the Ialomița river and the surrounding wooded areas. The public administration makes constant efforts to start afforestation and park creation projects, green space being an area in which Fierbinți is still deficient.

The comedy series Las Fierbinți has been filmed in the town of the same name for over 10 years. The producer of the series made the decision to invest in some studios to train the necessary personnel for the film and series industry. In 2022, the first post-secondary school in Ialomita County was awarded with two basic qualifications for cinematography: sound technician and lighting operator. The Fierbinți-Târg Technological High School and the Frame Film SRL company decided to bet on the educational sector that would create added value on the labor market and ensure a trained human resource that can always find a job in entertainment.

Future plans are to create a comedy festival starting in 2023 in partnership with Frame Film. At the same time, a Comedy Hub will be established that will bring together theater, film and television on comedy themes. The hub is included in the development concept of the city of Fierbinți-Târg and will contribute to the consolidation of the local HoReCa sector. Fierbinți-Târg is an attractive city for those who are looking for peace and more nature, but do not want to give up urban public services and easy access to the opportunities offered by a metropolis. The city’s strengths are the affordable housing prices, the quality of public services, the active and newcomer-friendly community and the fact that it is a refuge from the hustle and bustle of urban congestion. The data for 2020 show positive values in the county in terms of changes of residence, with most citizens choosing to give up the cities for the villages due to the higher comfort offered by the countryside. The promotion of Fierbinți-Târg as an urban refuge has potential and is the main strategy of the public administration to regulate the negative demographic index caused by past migration to large urban agglomerations.

The strategy for developing the functional area as an alternative to the hustle and bustle of the Capital reminded us of the best practice examples we saw in our previous stops in Poland, Hungary and Croatia. We leave Fierbinți-Târg for Athens, our last stop on the UHub European Tour.