Collaboration and transformation are two big directions for functional urban areas. After seeing how Zagreb managed to create synergies between the capital and the nearby urban or rural areas, we thought of telling the story of the Jiu Valley Conurbation and what ambitions the three counties that are part of the structure have.

Jiu Conurbation is a collaboration at the level of three counties: Hunedoara, Gorj and Dolj. Since all counties have in common the problem of abandoned industrial areas and the lack of a qualified human resource in areas of current interest for the market, the administrations decided that through a collaborative structure they can attract investments that will change the destiny of the region. Communities have the chance to add value to the local heritage and create business models for the future.

The memorandum signed by the three counties is called the “Hunedoara-Gorj-Dolj Development Axis” and functions as an instrument through which the conurbation promotes its interests and attracts European funds. The alliance aimed to create synergies to bring about sustainable development and change for residents whose livelihoods were heavily dependent on former industries, particularly mining. The European Union encourages collaboration at the regional level and bringing all stakeholders together at the decision-making table, which is why the Jiu Conurbation has every chance to profile itself as a model of good practices at the national level. 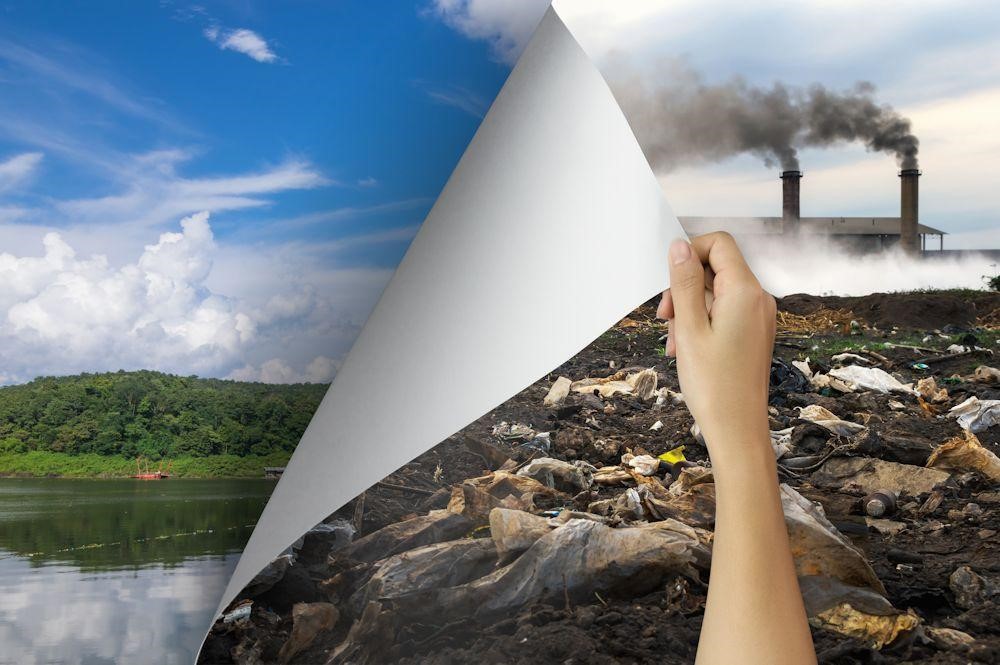 The European Union created this instrument to support regions in transition to climate neutrality. Areas that were economically dependent on polluting industries, such as mining in the case of the Jiu Valley, can benefit from funds to support economic diversification. Romania has been allocated the sum of 1.95 billion euros through the fund, most of which will go towards supporting businesses and entrepreneurs in Dolj, Gorj, Hunedoara, Mureș, Galați and Prahova. No sustained investment in this regard.

Cumulatively, the Jiu Valley Conurbation has an allocation of approximately 1.2 billion euros that it wants to direct towards new companies, business incubators, the energy transition from fossil sources to renewable sources, energy efficiency and the reduction of gas emissions with greenhouse.

The European Bank for Reconstruction and Development developed a project through which cities had the opportunity to put together an Action Plan for Green Cities. The document aims to guide cities through four stages, from setting a green city benchmark and developing the plan to implementing and reporting on progress. Craiova was the first city in Romania to join the program and therefore benefit from a green transformation plan.

The plan includes an analysis of the city’s current situation, the long-term vision, what can be done in key areas such as mobility, urban planning, waste management and others, how initiatives can be financed and what benefits can be generated as a result of the transformation green. 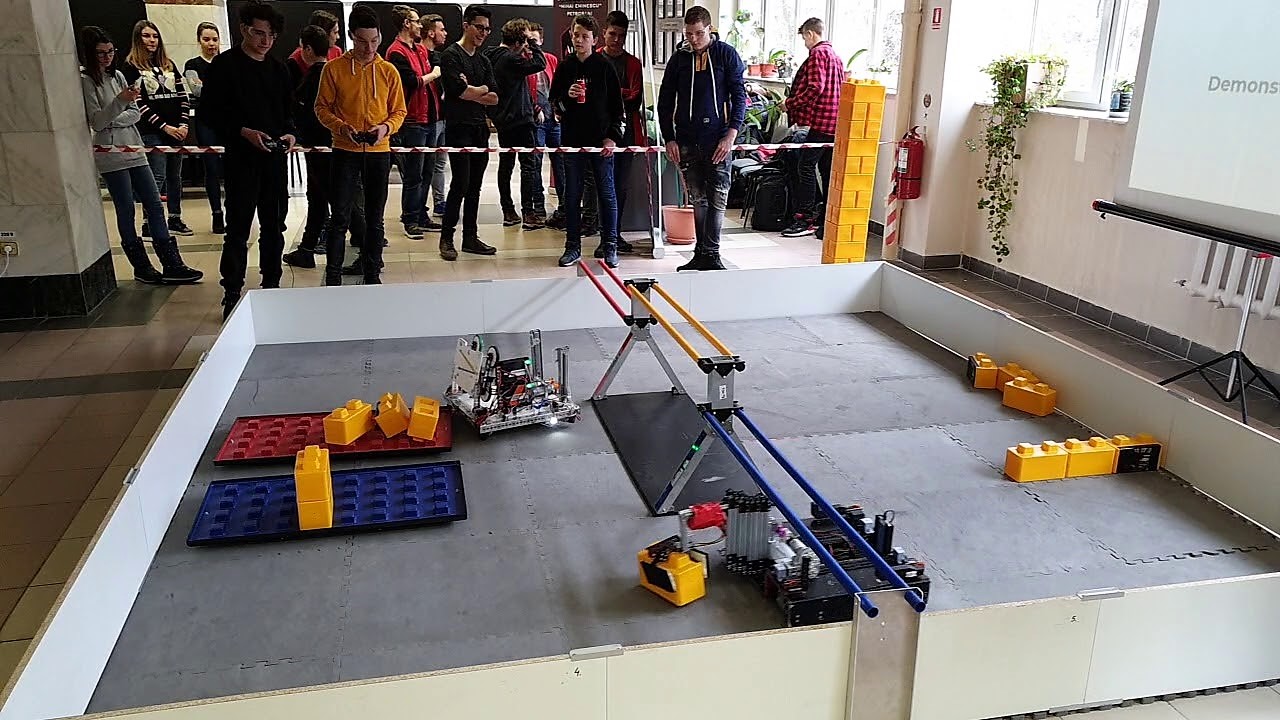 The University of Petroșani in partnership with the high schools in Jiu Valley have created a robotics center through which they try to specialize young people in the robotics industry. Young people passionate about robots are achieving results, reaching the national stages of professional competitions, a sign that Jiu Valley can become a talent center if there is a concrete plan and investments. The University of Petroșani is preparing two master’s programs, one of them in the field of renewable energies with a focus on battery engineering, through which it contributes to the training of students from the Valea Jiului Conurbation. An educational event developed for the IT industry is Robotics Valley, where specialists meet with high school students to discuss what a career in IT entails and a team competition is organized.

Târgu-Jiu has developed several projects for the efficiency of buildings in the city, both for residential and public ones. Apartment buildings, schools, kindergartens, hospitals, swimming pools are on the list of rehabilitation projects so that it is no longer necessary to consume so much resources to heat them. The city plans to introduce more charging stations for electric cars and increase road fluidity, while investing in public transport. Urban communities that understand how they can save funds through effective mobility management are the ones that will be able to create quality of life for residents. In addition to mobility, it is very important that people focus on how they can reduce the carbon footprint of their own homes, whether through energy retrofits and upgrades or through personal choices.

The civil society together with six municipalities in Jiu Valley have created a platform dedicated to people who want to invest in the region. All the information regarding available land either from the public or private domain, the specific demographics, the human resource specialized in various fields and the investments of public administrations that may be of interest to an entrepreneur are collected on the dedicated web page.

Because it is an intramontane depression, providing green and safe public transport between urban centers is a challenge. However, through a partnership between the municipalities on the key routes and the Hunedoara County Council, a one-for-one project for the Green Line of Jiu Valley was realized. 26 electric buses will be bought to meet the needs of citizens. The investment also includes a landfill that will be set up in Vulcan, 112 redeveloped or built stations, 34 charging stations for buses and 2 recharging stations for electric cars. The project also includes the rehabilitation of a 5 km section of road, the total kilometers traveled on the four routes being 128 km on the routes Uricani-Lupeni-Vulcan-Petroșani-Petrila, Aninoasa-Petroșani, Petrila-Jiet and Valea de Brazi-Cheile Butii .

At the inter-county partnership level, in order to ensure the connectivity and access of companies to the market outside the cities, there are projects for an express road connecting Deva-Târgu Jiu-Craiova-Calafat. In addition, the Săulești Airport will be modernized and the public transport network will be interconnected and digitized. 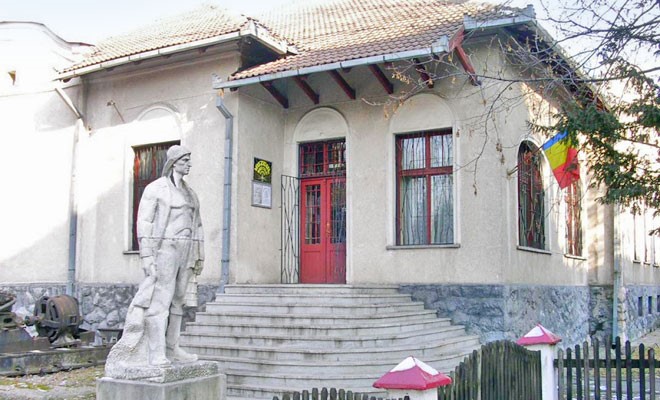 The history of the trade that was for decades the collar of the workers in Jiu Valley can be best felt at the dedicated museum. Created in 1961, the museum has hosted numerous exhibitions dedicated to mining technology and numismatics. Even though it was physically and morally damaged in the last 30 years, it was managed in 2021 to be reopened and completely remodeled with the help of European funds.
It takes half an hour to be fully visited and to learn the story of the people of the area. There is also a section dedicated to the Museum of the Mountains developed through participatory budgeting in Petroșani.

The “Constantin Brâncusi” Center in Craiova 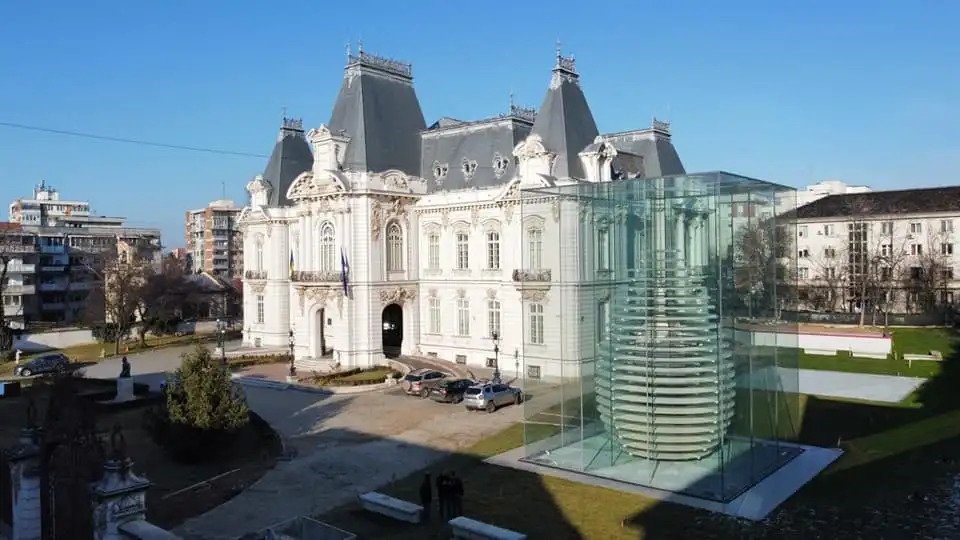 Craiova has become a reference point for art thanks to the multifunctional center dedicated to the sculptor Constantin Brâncusi. The architect Dorin Ștefan designed the construction based on the work “Măiastra”. What is interesting is that visitors have to go underground if they want to admire the exhibitions. The gallery covers 1200 square meters, where there are also workshops, performance halls and conference spaces. The center was designed to offer tourists an interactive and unique experience, which recommends it as a best practice for tourism and art management. 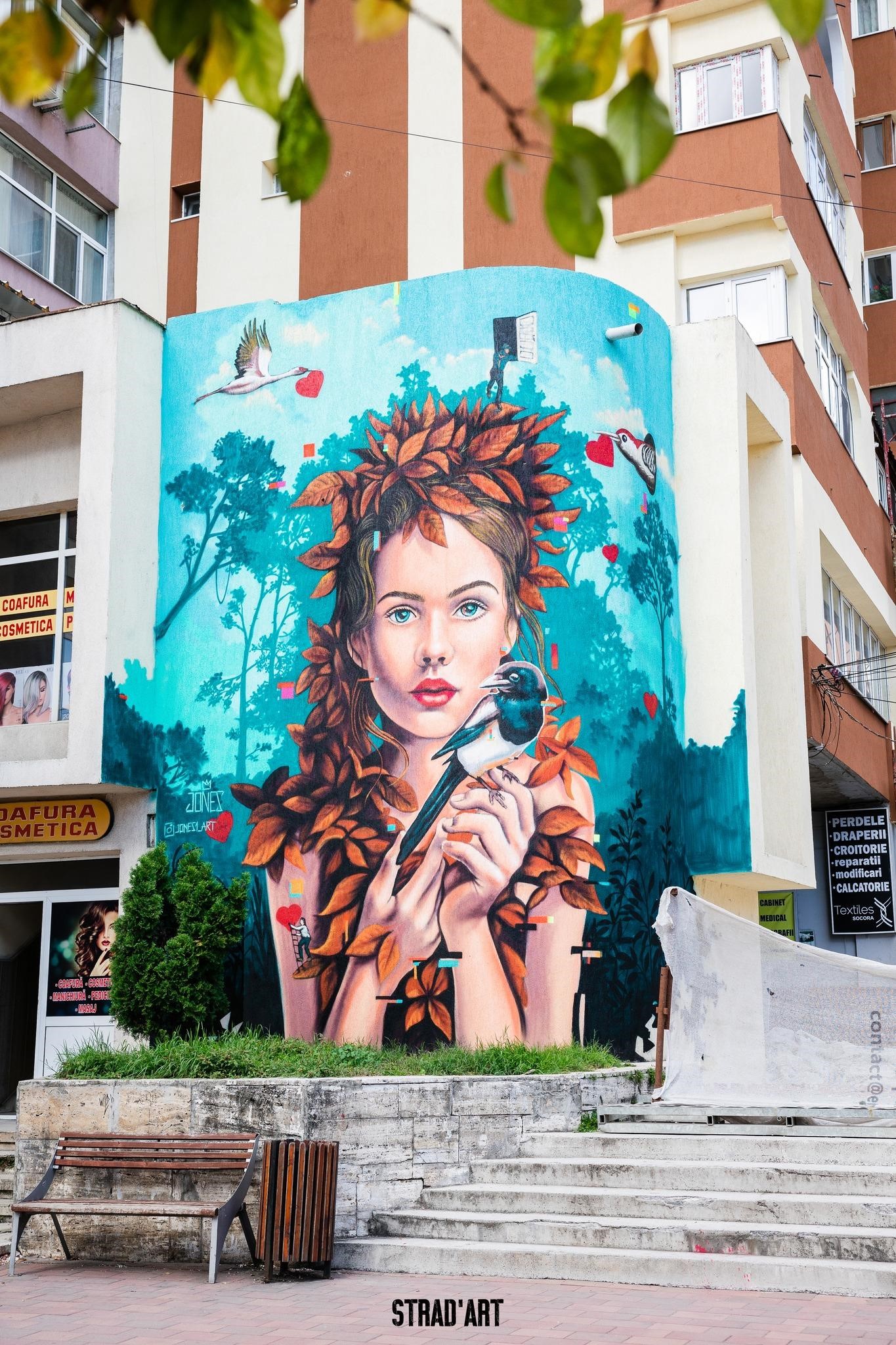 The city of Târgu-Jiu organizes the Strad’Art international urban art festival as a method of dialogue between street culture and the local community. Public spaces are regenerated with the help of artists who bring the special out of the ordinary. Walls, sports fields, libraries, buses and schools are just some of the locations that can be transformed with the help of paint and imagination. In four editions organized so far, 43 interventions have been made which can be accessed here.

The NGO ”Valea Jiului Implicată” ran a similar project to transform the heritage built with the help of art. The former Petrila mine has become a place dedicated to the art and history of the place, with various murals on the walls where the miners once passed. The murals were extended to other areas in the valley, such as the Hunedoara Energy Complex and the Student Dormitory No. 1. 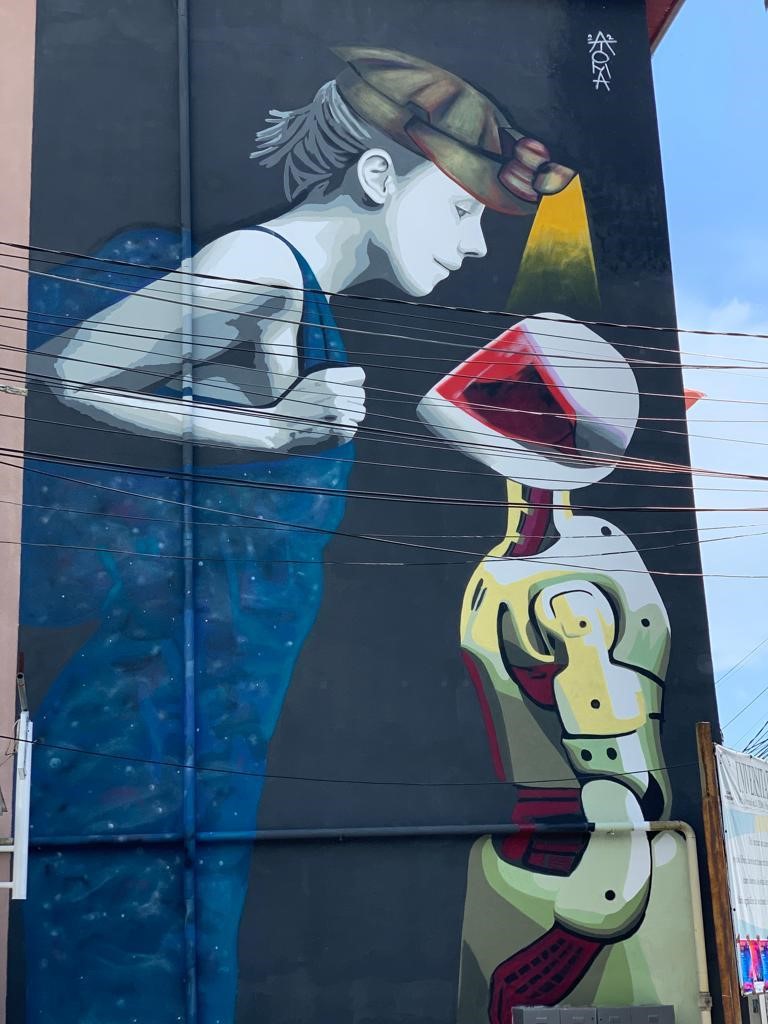 At the level of the entire county of Dolj, a tourism promotion campaign has been launched that addresses culture and sport from the events to the buildings or spaces where they are organized. The 200 projects and actions promote history, culture, nature, adventure tourism, ecotourism, cycle tourism, gastronomy and oenology, business and event tourism. The county’s strategy will contribute to the creation of the tourism brand in the southern part of the country and we can have real expectations to hear stories in our group of friends about a mini-vacation made in the Jiu Conurbation.

The Jiu Valley Conurbation is a model of how change can be brought about through collaboration. It is very important for the counties to think at the macro level, at the regional level and about the role they can play on the national stage. Because they were able to overcome their differences and change the question from “why…?” to “how can we…?”, the alliance has a chance to raise funds and achieve just transition for citizens.