Croatia is a country known for its tourist attractions and rich history, but in this article, we will talk about how the capital managed to initiate effective collaboration with the cities, towns and municipalities around it and access financing for the sustainable development of the entire area. Zagreb is a very good example of how institutions can work together for the good of citizens if they prioritize mobility, urban regeneration and promoting cultural heritage.

Zagreb with the other towns and municipalities within the scope of the Urban Agglomeration Zagreb is home to one third of Croatia’s population, with approximately 900,000 citizens living here and the area that accounts for more than a third of the national GDP. Due to the large number of residents, the main focus of the city was to find options for fast and efficient mobility. In recent years, the public administration has invested heavily in micromobility solutions to serve both residents and tourists. One of the most ambitious projects is the “GreenWay – National Bicycle Route No. 2”, which measures 132 km, and which will connect the border with the Republic of Slovenia in the western area with the border of the Zagrebacka county in the East. With 50 km passing directly through the city of Zagreb, the GreenWay will provide a fast and safe method for cyclists as it will be lit, have e-bike charging stations, rest areas, parking lots and information boards. The project is part of an initiative that will increase the index of sustainable urban mobility and ensure better connectivity between Zagreb and Zagrebacka County.

At the level of institutions, we can say that it has been possible to bring to the same table a series of partner administrations that have access, among other sources, to EU founding through integrated territorial investments (ITI). For six years, Zagreb has formed this institutional collaboration partnership and is running projects for the entire functional area. This collaboration is something unique and we can talk about a vision in which the citizen is put first. As an example of connectivity is the metropolitan train that connects the city with other part of urban agglomeration and with a cycling path enables the non-polluting connectivity between the capital and the rest of the agglomeration. In the following we will talk more about what we learned about Zagreb on our visit there. 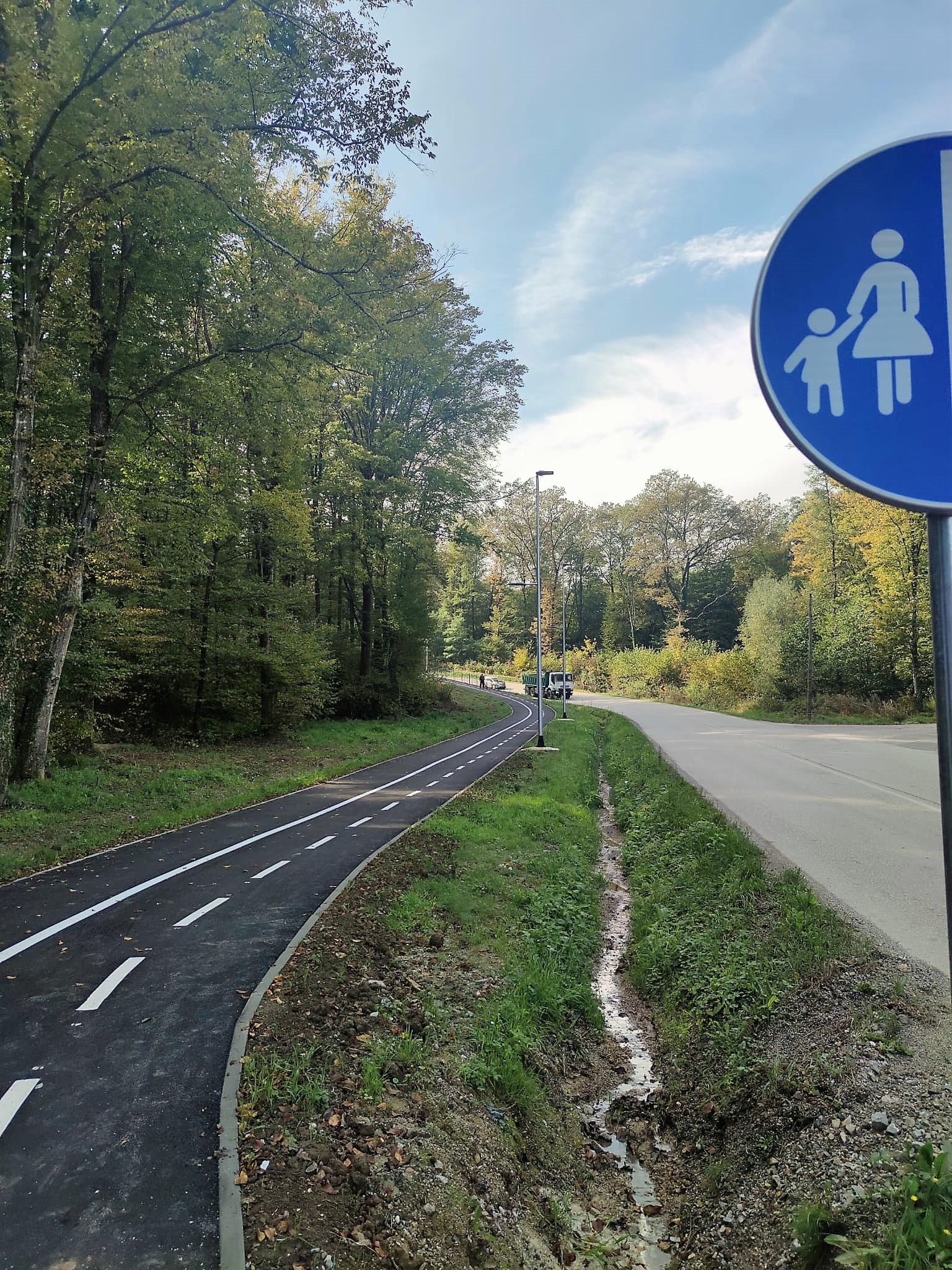 Citizens of the Zagreb Functional Area have several options when it comes to sustainable mobility. The

Citizens of the Zagreb Functional Area have several options when it comes to sustainable mobility. The Forest Ride project aims to improve cycling infrastructure and encourage mobility on two wheels in the Zaprešić city area and a connection with the rest of the agglomeration in future. Although they don’t have a fully dedicated walking or cycling route, people have been delighted with the nature walks and cycling routes they can take and the ease with which they can move to quieter places. Cycling as a lifestyle whether for commuting to work or school, shopping or playing sports has a positive impact on citizens’ lifestyles and the environment. Another project dedicated to bicycle users is BRZO (Bicycle Route Zabok – Oroslavje). The aim is to streamline transport solutions without negative impact on the environment and to facilitate the movement of citizens between the two cities. Together with trains and buses, the circuit makes commuting a convenient solution to leave the car in the parking lot and use more nature-friendly travel methods. Also, in this way, the expansion of the tourism offer in the area of ​​the agglomeration is made possible.

In terms of micromobility, Zagreb has invested in modernizing underground pedestrian corridors and connecting them to the public transport system. The existing infrastructure is adapted to the needs of all categories of pedestrians, from those with mobility difficulties to parents with strollers or the elderly and cyclists. Through longer platforms that act as an elevator, citizens can reach underground and quickly navigate their way through the lighted and airy tunnel. Through its implementation, the project will contribute to a greater share of the use of public transport or the choice of walking and cycling, which contributes positively to the preservation of the environment through better air quality and reduced noise pollution. The underpass will facilitate the coming and going of people from the area of ​​the whole agglomeration in the vicinity of the city of Zagreb. This is an example of a real project with an impact on a much wider area than the one it is originally implemented on. Eight pedestrian underpasses will be reconstructed/modernized and equipped, but design and technical documentation will also be carried out for the reconstruction/modernization works of another nine pedestrian underpasses connected to urban public transport, the construction of which is foreseen in the next financial perspective 2021- 2027.

The City of Jastrebarsko is running a project dedicated to micromobility and green transport. The built and upgraded cycling infrastructure will contribute to better connectivity for access roads to the city of Jastrebarsko, greater use of public transport (trains and buses) and will contribute to the creation of an integrated cycle route. The total distance is 3.65 km, which will come under work in three phases. In the northern area there will be a rest area with bicycle parking next to the hospital, and a similar parking area will be set up in the middle area near the cemetery.

The functional area pays special attention to the sustainable development of the business environment. For this reason, in the City of Jastrebarsko, a brownfield development project is underway to ensure road connectivity and the transport of the necessary water and electricity facilities. Entrepreneurs who will develop business in that place must meet high standards of cleanliness and sustainability, according to the requirements imposed by the administration. However, the total area made available will be 15,076 m². The expectations of local representatives are that instead of an unused area, companies will appear that will create well-paid jobs and increase the degree of labor force retention.

The heating system of the City of Zagreb is a major priority and a major strategical project the first phase of which will be completed in 2023. The project includes the replacement of 1/3 of the total km of pipes, i.e. 69 km out of the 227 km. The works involve the use of pre-insulated pipes with modern technology that will increase their degree of resistance. The total amount is 93 million euros, of which 55 million are financed by the European Fund for Regional Development. The solution is also green for the environment if we think about the reduced consumption of resources needed for heating and the reduced greenhouse gas emissions compared to what it would mean to install personal power plants in homes.

The “Elly Bašić” College of Music was moved to the revitalized and renewed building of a former military hospital. The building in the center of Zagreb was saved from deterioration and given a new purpose. After being renovated and adapted to make the former halls into classrooms, the School of Music was moved there to carry out its activities. Until that time, the school had no premises and had to rent classrooms or halls to hold rehearsals. In addition, a section for percussionists was created, which resulted in more students and school staff being employed. The quality of life for the residents of the area has increased and the costs for the music school have decreased due to the intervention and the decision to bring an old building back into operation but with new functionalities which is used today by over 800 students and their teachers. 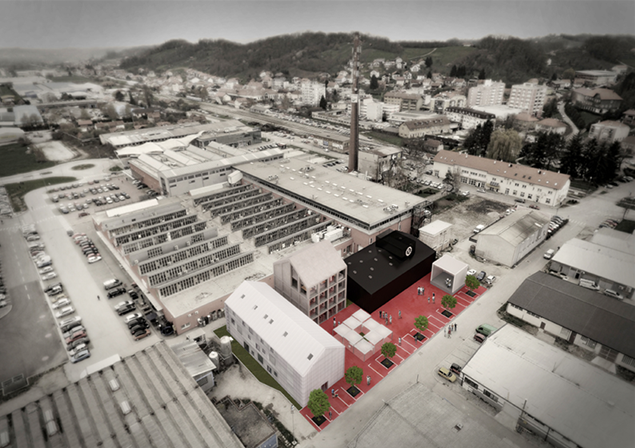 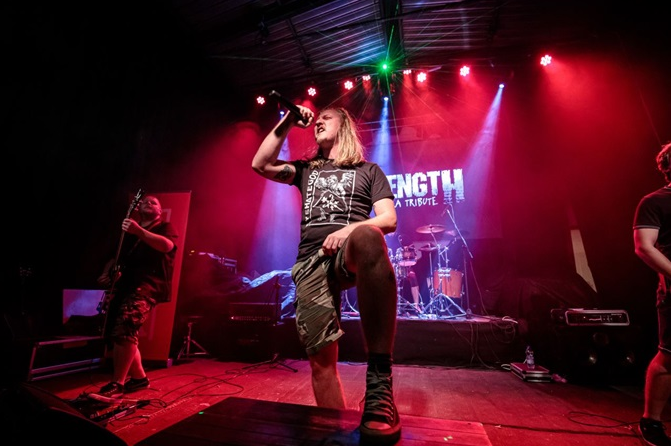 reGenerator has managed to transform a historical industrial heritage into a center of creativity and personal development. A building originally used as a factory in the center of the city of Zabok, with a rich history in industry, has been conceived as a promoter of urban culture. The abandoned hall of the ZIVT factory has become loved by citizens, especially by young people who can express themselves artistically during events. The three interconnected houses are designed with three different types of materials, have different heights and an identity of their own. The architects of the MVA study created a space with participatory management based on modern solutions and industrial heritage, i.e. they transformed the space of the former factory into a revitalized space and two new functional areas: the Regenerator, the Silo and the Incubator being at the same time separated and united within the same buildings. reGenerator will include a hostel, a small cinema, social rooms, concert space, playgrounds, a studio, an office and support rooms. The indoor capacity will be 500 people, outside even 1000 can attend the festivities. 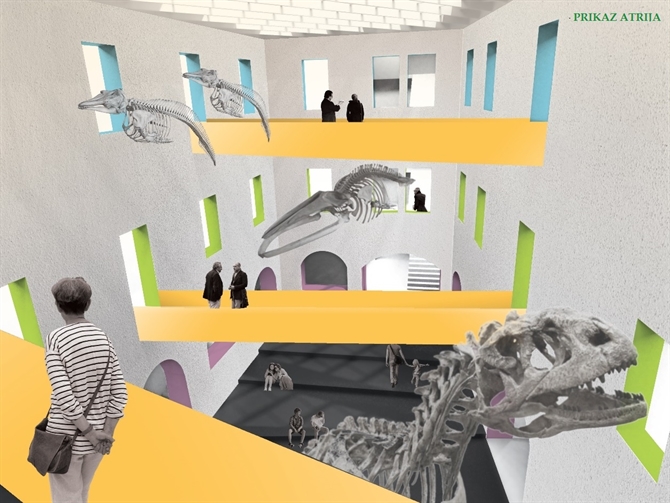 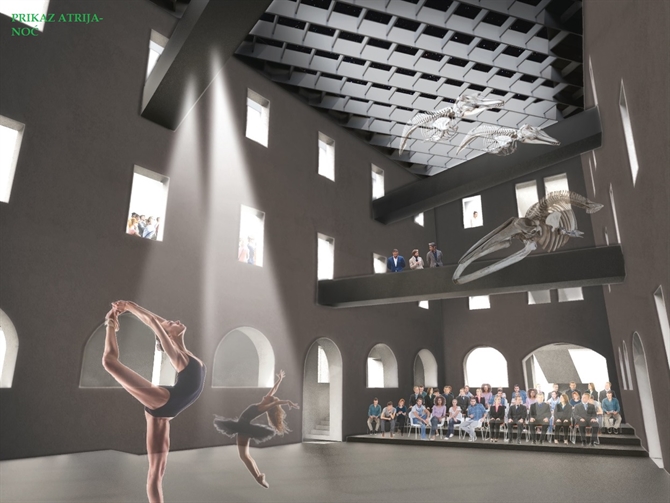 The Museum of Natural History of Croatia is the largest museum in the country which, in addition to the education part, also deals with research activities. Its location is in the Amadeo Palace in Gornji. Because the existing space somewhat limits the potential of the museum, the palace entered the renovation phase with the aim of creating a recent museological exhibition, opening experimental and interactive laboratories, offering spaces such as a multimedia room, a souvenir shop and a space for catering. Thus, more visitors will be able to enjoy the exhibits and the events that will be organized at the museum. Furthermore, following ticket sales, the museum will become cost-sustainable.

Zagreb is one of the 100 cities part of the Mission 100 Climate Neutral-Cities by 2030. The only one in Croatia, the city has committed to reduce greenhouse gas emissions to near zero and through what we have seen related to the architecture of the collaboration at the level of urban agglomeration, it has every chance to register at the level of good practices in the green transition.