Public space quality represents one of many criteria showing that Romania’s cities are lagging compared to Western cites. Public space, an essential part of every city that according to UN-Habitat should cover at least 30% of its total surface, has a central role when it comes to the success of already famous cities such as Barcelona, Copenhagen or Berlin.

In Romania’s cities, public space is rather neglected. It is used mainly as a “place to park your car”, even when we talk about a sidewalk or a small green space. Bucharest is no different: a few parks and gardens are used by citizens, while other public spaces are abandoned or used for transit.

Public space has won a place on the public agenda only recently, and the most creative interventions resulted from bottom-up initiatives by architects, planners, designers, anthropologists, NGOs. Some of these projects were even considered as finalists for the European Public Space Awards.

Yplan – Young Planners Initiative – addresses both the need to reclaim Bucharest’s public spaces and the need for youth civic involvement and urban education.

They can get involved in the rehabilitation of their neighbourhood through direct action (for example cleaning up a public space) or by demanding better public spaces from the local administration; they can join NGOs and project teams in the field, or, for the long term, they can study to become planners, architects or designers.

With this in mind, a team of Romanian and Swiss urban planners and architects decided to teach and empower high school students, equipping them with knowledge and tools for public space interventions.

The team held short presentations, workshops and debates in nine high schools in Bucharest. Following the workshops, a group of high school students and several students from the “Ion Mincu“ University of Architecture and Urban Planning joined the Yplan project.

The group was involved in a series of workshops and activities like urban walks, targeting the redesign of eight public spaces. The aim of these advanced workshops was to help the high school students understand and replicate the process of reviving an abandoned public space.

In order to facilitate the learning process, the selection of the 8 public spaces to be redesigned and the idea generation for the actual interventions, two main tools were developed within the project.

The first one consists of a guide that briefly explains the process of interventions in public spaces, answering questions such as: why public space is important, how to plan your intervention, aspects of urban design, how to involve community and how to cope with local administration and legal aspects (download link).

The second one, a crowdsourcing platform, was used to map abandoned public spaces in Bucharest with a high potential for interventions. The Yplan Geoblog was also used to choose the sites for the proposals. 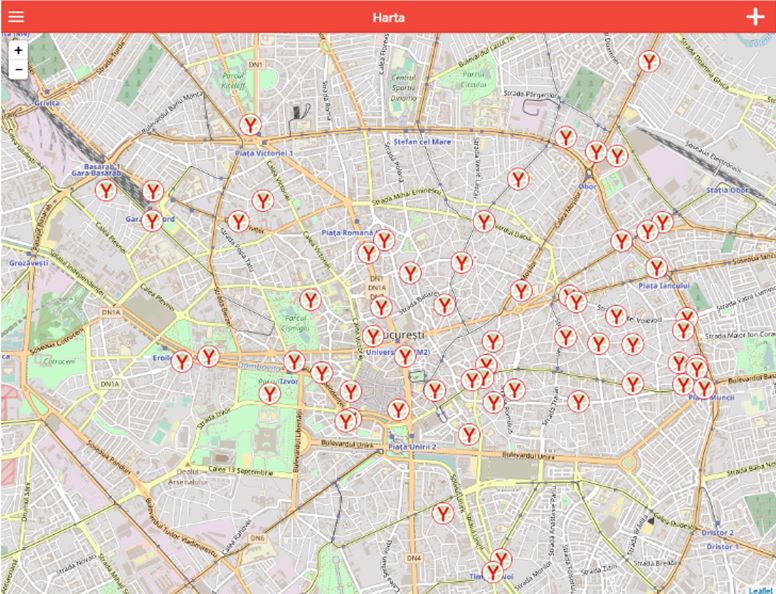 In the first Yplan project, four public spaces in Bucharest were chosen to be redesigned. After three weekends of hard work and with a lot of support from the local community, these spaces were furnished and are now ready to be used. Below are photos of the evolution of each public square, from sketches, to renderings, to implementation (click images to enlarge):

As a result of the project, over 550 high school students gained basic knowledge regarding the role of public spaces in our cities, 30 of them understanding the process of revitalizing abandoned public spaces.

Bucharest has four redesigned places for the community, and ideas and real projects for at least four other urban interventions. The 8 public spaces targeted by the project are just the start of a long term goal of the Yplan team, who ultimately plans to revive or reclaim 100 public spaces for Bucharest.

Nevertheless, the implemented interventions have a rather temporary character, following the Lighter – Quicker – Cheaper methodology developed by PPS.

Their main role is to make the public spaces usable and attractive for the local community,  raising awareness, so that the local administration acknowledges the need for a larger urban regeneration project.

Additional information about the Yplan project can be found at: 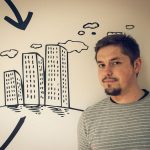 Reinhold Stadler is a young consultant focusing on the fields of urban mobility, strategic planning and co-design of public spaces. His experience in urban mobility and strategic planning is based on already more than 20 technical assistance projects where he developed Sustainable Urban Mobility Plans (SUMP), Integrated Urban Development Strategies and other strategical documents for cities, metropolitan areas, counties and communes.

In the field of public space, Reinhold built his expertise mostly within Urban 2020 Association, conducting research projects and interventions such as Bucharest Pop-up. Public space is also the topic of his PhD research, recently completed. All his knowledge is transferred to further generations of urban planners as teaching assistant at the “Ion Mincu” University of Architecture and Urban Planning.