Recently, Crossover for Work has successfully developed, tested, and deployed various concepts of alternative recruitment channels for programmers, tailored to the psychology and expectations of each candidate, alongside the traditional online individual hiring through its own recruitment and testing platform: crossover.com.

The major benefits of the tournaments, compared to individual online hiring were at least three:

■ Local tournaments allow us to combine the global promotion of our job offer with a targeted promotion tailored to demand specificity and the local skills of the developers. 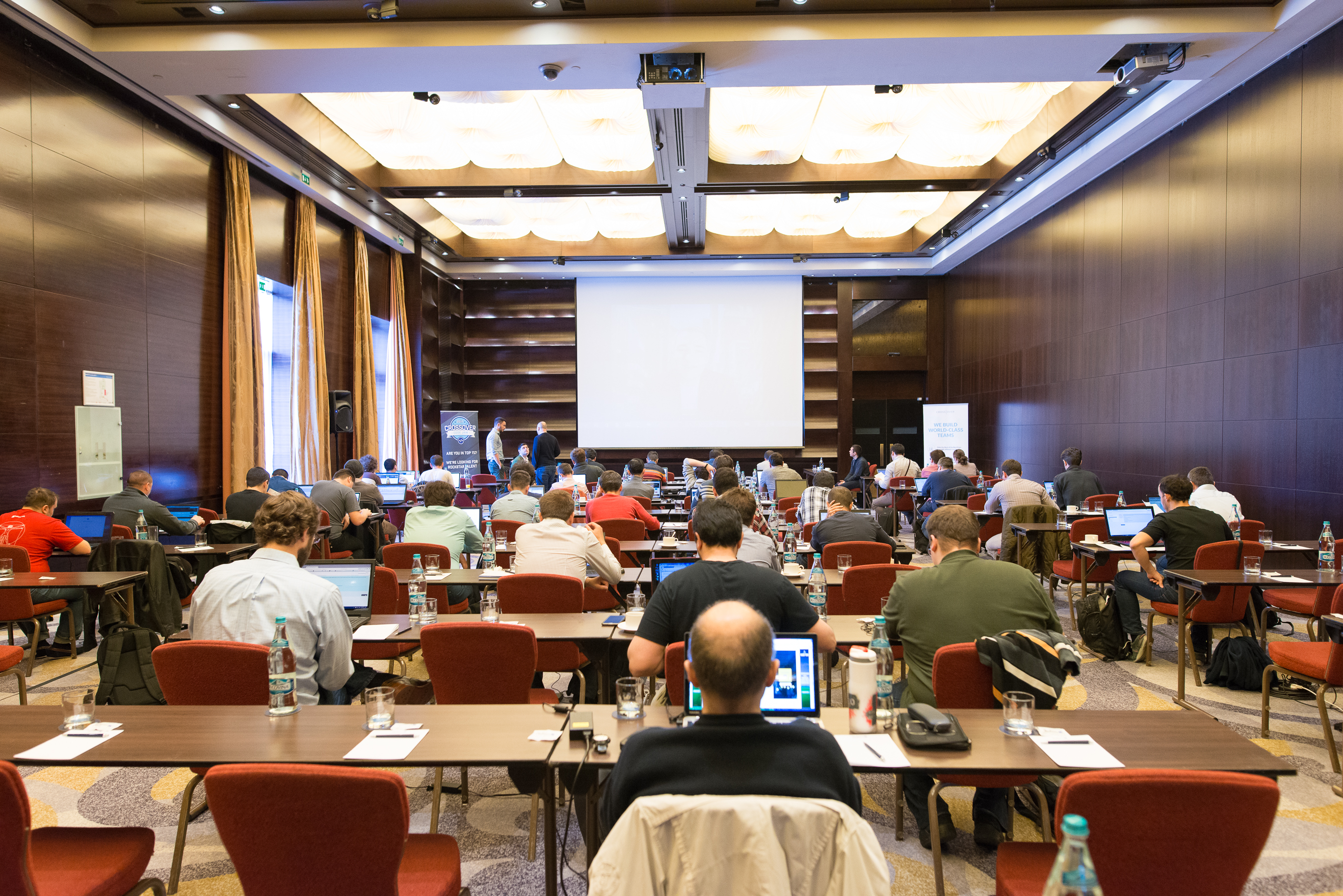 We have carefully studied the potential of the various cities in our target markets for the various “demanding” roles which are highly sought by our customers. Before deciding to organise a tournament in a given location, dedicated to a particular specialised role, we analyse the compatibility between the technologies associated with that role and the large number of skills in the local communities of programmers. We thus maximize the potential of the influence and magnetism regions and areas of major university cities.

In addition to analysing LinkedIn profiles and having local meetings, a useful work tool in this regard, that we have discovered and exploited along the way, is https://hiretual.com/. Based on artificial intelligence in support of sourcing, through its machine learning mechanisms, it helps us identify the real pool of skilled talents we seek for our tournaments 10 times faster, by outlining every person’s complete profile, based on the digital footprint left by programmers with exposure to the Internet from their online interactions across platforms.

We have selected 100 cities globally from around 40 countries where we are present through local partners, generally high-tech university centers with active communities of programmers specializing in various technologies with a wide range of influence and attractiveness in their region, and with an average number of over 500,000 inhabitants.

We are already at the eighth round of Crossover recruitment tournaments, and soon we will have organised our first 30 tournaments, with a growing success from one round to the other, thanks to accumulated experiences, and lessons learned and internalised. After each round, the tournament playbook is enriched with valuable insights.

■ The benefits of online global tournaments arise from the global selection of participants, the fact that they do not imply the attendance of participants at the event’s location, also having the shortest time to test and evaluate out of all of the recruitment tools currently made available by Crossover. The online global tournament agenda is halved  in comparison to that of the classic local tournaments, being reduced from ten to five hours. Hiring interviews of selected participants are scheduled for the week following each tournament. It is the right tool for those already familiar with concepts such as the future of work, remote work, virtual activity monitoring, or the culture of individual and team efficiency and productivity.

Obviously, the local on-premises tournaments also have their incontestable advantages: the interaction of the candidates with our experienced local partners, socialisation and the exchange of information and experiences, obtaining answers to the participants’ questions on the spot in order to clarify any queries or unknowns for the unbelievers, and the same day interviews with hiring managers to receive (or not) an answer to the selection at the very end of the event.

For those who are suspicious or who have never worked remotely in virtual global teams, it is the ideal place to learn more about the future of work directly from those who have been practicing it for some time in the innovative Crossover teams. It is the intermediate step, which can prove decisive for those who are already feeling out of the idea of ​​giving up the protective umbrella of multinational companies and want to experience the American professional lifestyle.

■ Individual online hiring through Crossover’s own platform remains dedicated to more non-technical roles or more exotic technical roles, which have less demand and do not justify organising a dedicated tournament. Although, even in this case we aim to test it out, and will organise the first online hiring tournament for global recruiters. Also, online recruitment processes are ideal for more at ease candidates, who prefer a hiring process that is slower and more responsive to their personal rhythm. It is suitable for the shy and introverted, who develop successful applications much better in the quietness of their home, and underperform when pressured by a more aggressive competition with tight deadlines. Less competitive candidates may choose the day when their personal biorhythm tells them that they feel ready to be tested and evaluated or when they feel able to be interviewed. They are not pressed to perform on the spot on the day of the tournament chosen by the organisers. These recruitment processes can last for one to two weeks, and are perfectly matched with candidates with good technical skills, but with less developed emotional and relational skills.

Practically, if the average conversion rate of participants going through the recruitment process until reaching the market is 5% in the case of individual online hiring, this currently peaks at 20% for the participants in online and on-premises tournaments, which represents a great boost in the productivity of our recruitment processes!