Between the 10th and the 13th of October 2016, UrbanizeHub was present at the European Week of Regions and Cities (EUWRC) in Brussels, where we heard proposals and discussions about the challenges and opportunities for growth in regions and cities throughout the Union.

The aim of the event was ‘to give cities and regions a chance to exchange, learn and build their own ways to foster innovation, growth and jobs,’ according to the Commissioner for Regional Policy, Corina Crețu. Several speeches acknowledged the increasing importance of the Cohesion Policy, but also the increasing need for it to be reformed and simplified. Through the Cohesion Policy, believes Ramon Luis Valcárcel, Vice-President of the European Parliament, regions will be able to ‘face challenges, and fight populist movements whose desire is to destroy Europe.’

One of Commissioner Crețu’s key priorities is the EU Urban Agenda, with growing concerns around the estimated 60% of the world’s population being expected to live in cities by 2050, and the solutions for the depopulated urban areas – the EU is planning to keep small communities in mind in formulating the new Cohesion Policy, giving them access to EU funds. The European Cities Report has been drafted by the EU and the UN (it is valid for Europe as well as for the rest of the world) in order to bring forward subjects like urbanisation, urban mobility, urban governance or demographic trends – the underlying belief being that cities can lead the way to a better future. The report will also be presented at HABITAT III, the United Nations Conference on Housing and Sustainable Urban Development, later in October.

Two important initiatives by the European Commission were also presented during the conference: the One-stop-shop portal on EU urban policies, and the Urban Data Platform, which gives access to shared data on Europe’s urban areas. 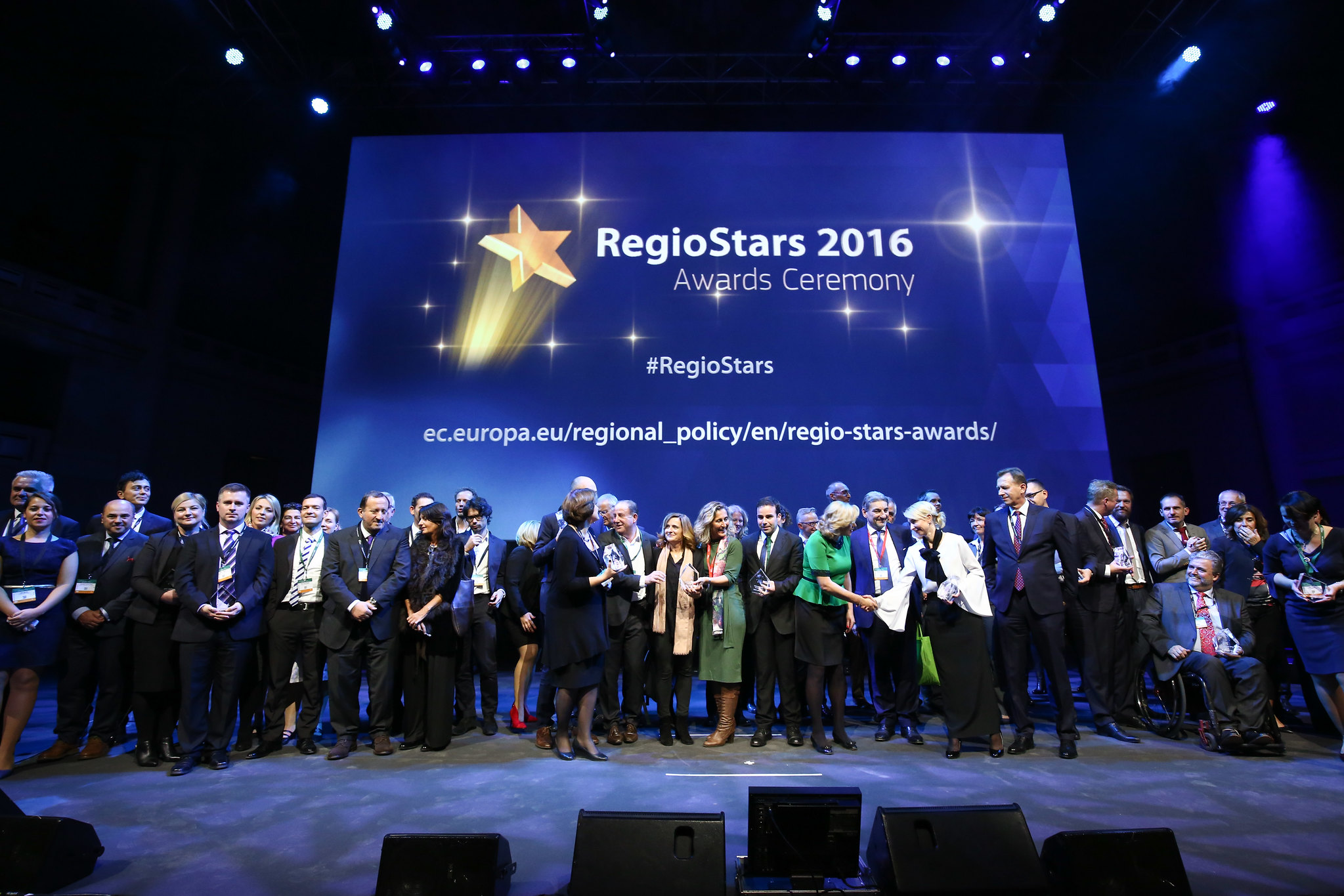 On day two of the conference, the RegioStars Awards winners were announced, celebrating the following categories:

Citystar – Revitalisation of the lower town district in Gdansk, Poland

On the third day of the event, policymakers, city and government authorities gathered to discuss the principles of the new Urban Agenda for the EU, which will feature 12 partnerships bringing together urban authorities, European Commission representatives, Member States, experts, knowledge organisations and stakeholders to improve urban policy, from housing to air quality. [Infographic]

During one of the workshops, speakers promoted the ideas of promoting success stories to stimulate further growth, as well as helping citizens access EU investments and driving local growth and jobs by improving grassroots communications. Mikel Landabaso, Director of Strategic Communication in the European Commission, highlighted the importance of locally targeted campaigns to drive the uptake of EU funds – the Investment Plan for Europe, launching this fall, aims to generate EUR 1 trillion in growth through local authorities.

During the EUWRC, the UIA (Urban Innovative Actions) announced the approval for 18 projects (out of 378 proposals) for urban solutions in European cities like Bilbao, Munich or Antwerp – see the full list and more details about the projects here.