Proximity is the definition of public spaces that no longer fulfil their original function and are in need of immediate interventions of the specialists with the participation of the community. UrbanizeHub worked together with the people and public administration of Lugoj to nourish civic engagement, teamwork and placing the people in the center of attention.

The Municipality of Lugoj shifted its focus from institutional leadership to a leadership that is connected with bringing people together and deciding the future developments in the city. The administration aims to empower the people to get involved in the decision making process and came to us for input on how this goal could be achieved. We asked them whether they would be interested in a participatory urbanism exercise.

Participatory urbanism works best in cases of spaces that no longer fulfil their initial function or are no longer used by the community. Because the city hall was in need to update the General Urban Plan, we proposed doing that with a solutions contest where we involved the community. At this point, we listened to the voice of the people and asked them to identify the spaces they considered of maximum importance for urban regeneration. The first list contained 27 proposals, but after analyzing which would be relevant for the next phase we narrowed the number down to 20. Then, we again asked the citizens for their input and got the vote to 5 urban spaces. About 300 answers had been collected in one week.

„What we accomplished in Lugoj has been a first for Romania. We created the first theme for General Urban Plan  (GUP) where the population actively participated in the drafting process. The voice of the community, expert opinion and administration planning have been brought together in a project that we take pride in calling phenomenon. The GUP had to be updated and in our discussions with the public administration we proposed achieving that with the involvement of the people. We thought it would be interesting to blend the citizen involvement with the opinion of the experts and create a vision for Lugoj. We explored three dimensions: educational, social and economic. Within the social dimension, we addressed the population and we linked the activity part of the design theme with the vision part related to obtaining the opinion of specialists”, explained the urban planner and project manager Radu Vânturache. 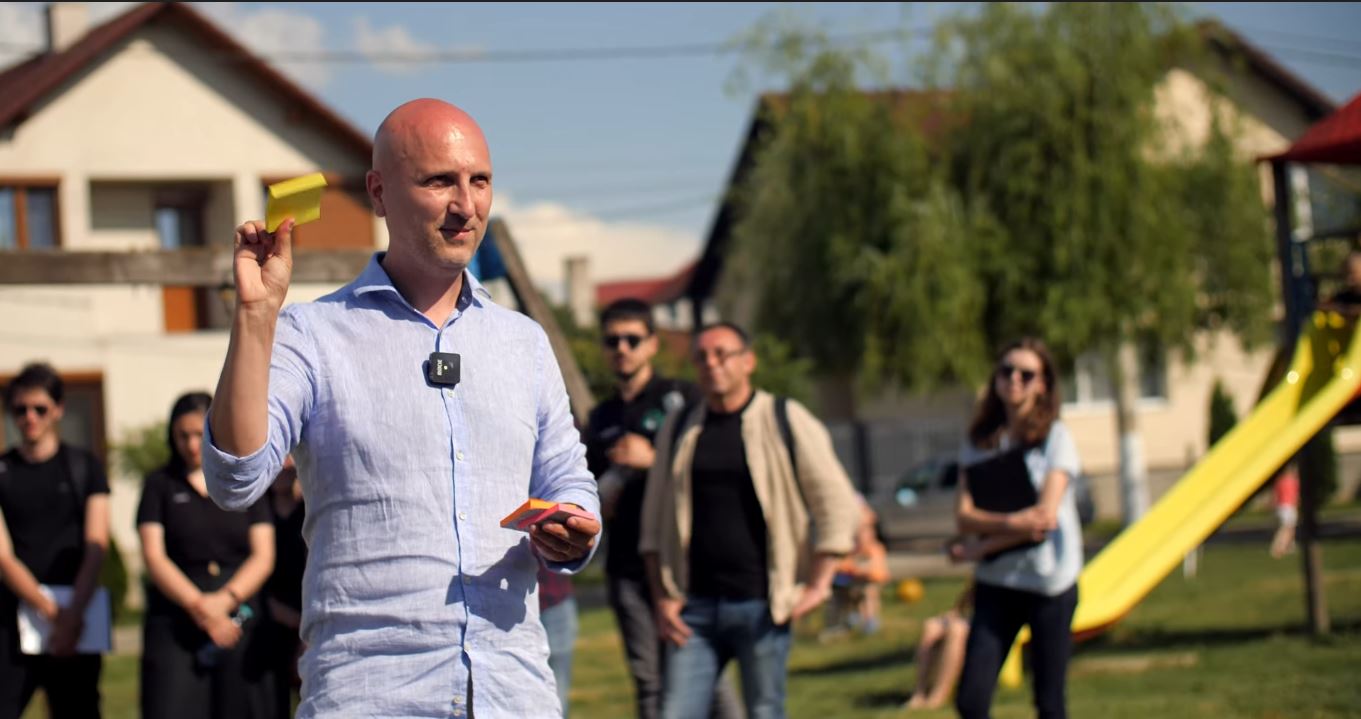 The next step was organizing a national solutions contest opened to students of the faculties of urbanism and architecture. We called the contest Proximity, because it is a term derived from architecture The teams had to draft and propose solutions for the public spaces in respect to what the people expressed in the questionnaires and the public meeting. In the phase of deciding the winners, the decision of the community has again been taken into account in a voting procedure where they consulted the proposals online.“After launching the Proximity contest, we realized we had created a brand. In other words, it is a scalable approach. UrbanizeHub can go anywhere with Proximity, in any city in the country where city halls feel the need to intervene on public spaces with the help of specialists, but also with the involvement of the population. It is a recipe by which we, UrbanizeHub, go to talk to local authorities and the population, identify public spaces, establish an order regarding their intervention and so that the mayor’s office does not end up contracting through public procurement a company you do not know if it delivers the best solutions for the community in terms of activating public spaces can be organized this national contest of ideas, not solutions, for urban architect students under the umbrella of Proximity. Students develop projects, receive awards and the public administration gets a portfolio of projects at the end. There were seven very good projects in Lugoj, from which the administration can choose the best one. After the projects were completed, there was a specialized jury but it is also important for the population to comment on the projects. Participation in making the best decisions did not end where the population established the top 5 public spaces, but the population was invited to express their point of view and what the projects carried out by students mean. 80% of the value of the grade was given by the jury and 20% by the population”, explained Radu Vânturache. 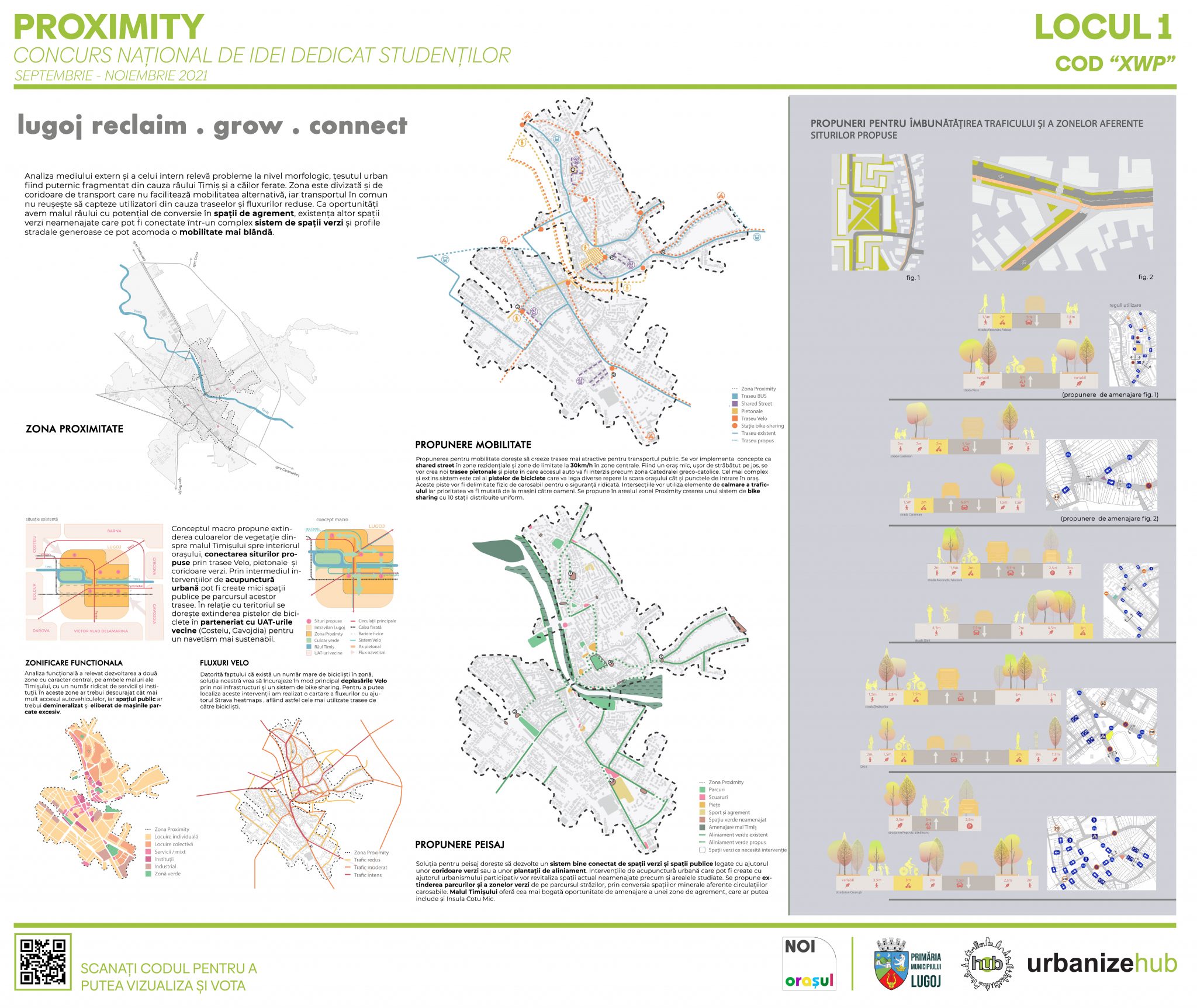 Our colleague Samuel Stancu, who coordinated the Line Project, participated in the implementation of Proximity and told us a few words about how and why it is important to ask people’s opinion when you want to develop public spaces: “We asked what their favorite public space was, how they use the place, what they like about it, what they don’t like and I created all kinds of workclouds, statistics and asked them what kind of interventions they consider necessary. In the end, we asked them to choose the top 5 spaces for arrangement. Based on the questionnaires and consultation, the contest was held and the students took into account what people said. We received some quality works from the students, they seem to me to be successful projects. It is a model of good practices for Romania because although these public consultations or debates on solutions are included in the urban planning documents, they are treated very easily and people are not present. And it is organized much later in the documentation, when there are already plans that go through the councils. The fact that we have tried to include people’s opinion on public spaces from the very beginning is a very good thing”.