Heaven-defying architecture, 3D-printed buildings, self-driving cars, and pneumatic Hyperloop transport. It really looks like every futurist’s wish list – but for Dubai tomorrow is today and this ambitious emirate is taking the lead with numerous projects, completed and planned. Let’s review some of the projects and see why Dubai really is the City of the Future.

Museum of the Future

”See the future – created the future” –  that’s the motto of the Museum of the future slated for opening December 2018. But instead of curating the artifacts of the past this museum will serve as an incubator for future innovations. It’s envisioned as the research and development arm of the country’s forward thinking Ministry of the Future, which seeks solutions to nascent problems and aims to craft UAE’s map in a post-oil future.

The Tower at Dubai Creek Harbour 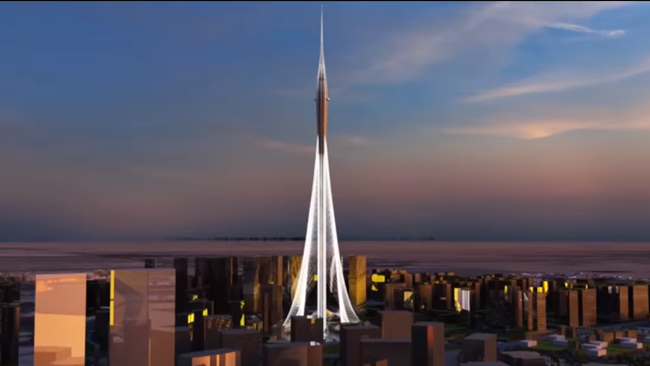 Dubai’s newest architectural marvel, slated for completion in 2020, is called, simply, The Tower at Dubai Creek Harbour. The projected 1 billion-dollar spire is more of an ornament than a functioning building. It will stand 100 meters taller than Burj Khalifa and will include vertical gardens, restaurants and a 360 degree observation deck.

Earlier this year, Dubai unveiled the world’s first 3D-printed office building – a sleek, futuristic structure that took only 17 hours and a handful of electricians and craftsmen to print, install and equip for use. It’s a first step toward a revolutionary new construction technique in a city famous for its architectural innovation. The Dubai Future Foundation will host a contest in September to design a Hyperloop system from Dubai to Fujairah, the distance of 105 kilometers could be covered in just 10 minutes. Meanwhile the Dubai based port operator DP World hopes to use hyperloop technology to transport cargo from the Jebel Ali Port to an inland cargo container.

Sheikh Mohammed bin Rashid al Maktoum, Emir of Dubai and vice president and Prime Minister of the UAE, announced a push to have 25% of Dubai’s Transportation system using artificial intelligence and driverless systems by 2030. If successful, the Gulf city-state will have the ”smartest” and likely safest transportation system in the world.

As you can see there are many innovative projects underway in this arab smart city, if you would like to read more about each individual project you can do so by following these links.