The municipality of Amsterdam planned to built a new urban quarter just west of Amsterdam’s city center. The chosen place was a barren land of a former railway station marshaling yard. Dutch residential neighborhoods have a traditional layout of streets, pavements, parking spaces, front-and back gardens. But the municipality wanted this quarter to be landscaped differently.

The design team in charge of this 2.3 million Euros project was LANDLAB studio voor landschapsarchitectuur from Arnheim. In collaboration with Ontwerp Stedelijke en Landschappelijke Omgeving, they proposed to leave the traditional layout behind and conceive the area around the sixteen newly built apartment blocks as one continuous courtyard. Furthermore the team did not split up this luxurious courtyard in any way. So they chose to build all parking areas underground and omit all private gardens.

Ingredients for making this idea a reality

The park consists of three main ingredients: grass, pavement, and scattered trees. The team designed the pavement to allow residents and passers-by to wander freely through space. They also made Funen’s outdoor space distinct from its surroundings. The team used two specially designed pentagonal concrete paving stones, in three shades of grey, to make this intensive network of paths. Due to how they were laid down, in a random fashion, it resulted in a directionless, rugged pattern that looks like a unidirectional stretched fishnet from above. The meshes of the net consist of grass planted with scattered groups of Robinia pseudoacacia and odd daffodils.

The quarter now forms a distinct stepping stone in the connection between Amsterdam’s city center and the new neighborhoods. Also the outdoor space is experienced as continuous and binds together landscape and architecture. But most of all, the quarter offers a unique dwelling to its residents.

Because of this design, Funenpark received two awards: De Gouden Piramide 2011 (a price for good commissioning) in which the jury praised the design as ‘a monument for the future’, and The Dutch Design Price 2007 was awarded to the two special types of pavement stones. 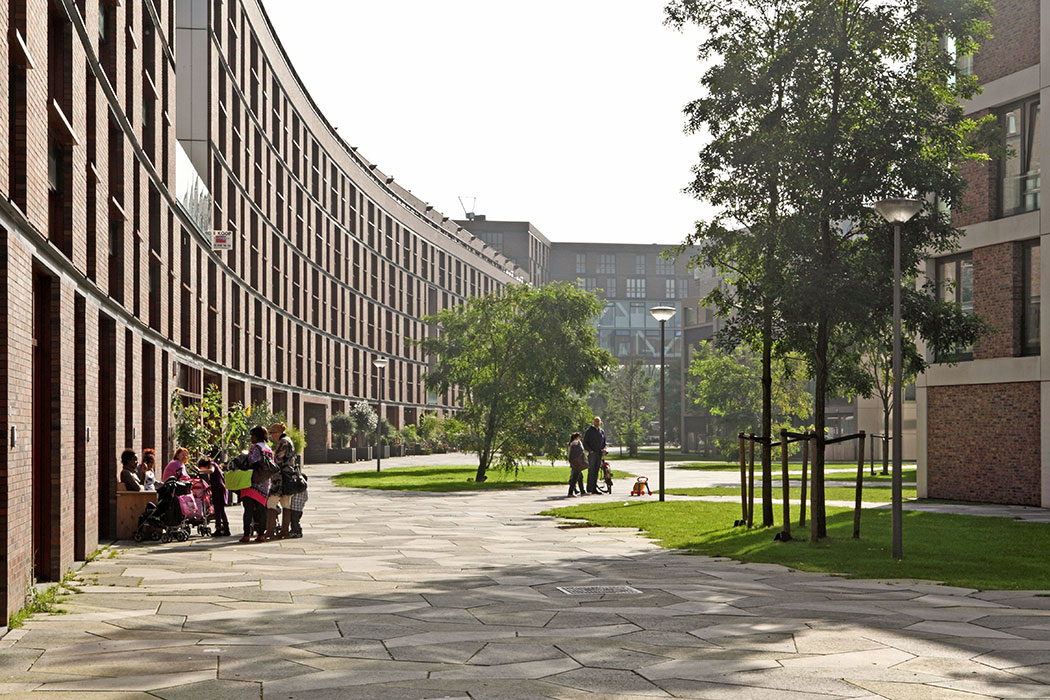