Our last stop on the UHub European Tour brought us to Greece, West Athens. An area full of history from antiquity to the present day, Athens has managed to brand itself as a major tourist hub, but at the same time it is aware of its carbon footprint and has taken important steps to go green.

The functional urban area of ​​West Athens is home to almost 600,000 Greeks, who live in the area of ​​110 km2. Ten administrative units decided it was time to create plans and projects for the entire community, which is why they formed the West Athens Development Association. It is the largest administration in the Athens Metropolitan Area, which is why there are also a number of difficulties. The immigrant crisis has seriously affected the community, which has decided to create assistance centers for them. The fluctuating economic situation in Greece was also felt in West Athens, where unemployment and living conditions seriously affected the population. We can add climate change to the list of challenges, which has resulted in high temperatures and discomfort for citizens.

The West Athens Strategy for 2030 includes urban and environmental regeneration, revitalization of the local economy, sustainable integration and support for vulnerable groups, increasing the quality of life and creating a network of local development poles. In our visit and in the interviews we conducted with representatives of the functional area, we found out what are the success stories of which the administration is proud.

The former BIOFIAL factory in the municipality of Ilio went through a whole transformation process and became a center with multiple functions. The area covers approximately 5,500 square meters and is easily accessible for citizens. Approximately 4,100 square meters are intended for cultural and sports activities. People can enjoy a play, serve quality coffee, read in the library, attend workshops or train in the gym. There is even a seminar room and a doctor’s office within the building. Very important attention was paid to the way the space was built. Biophilic design and techniques to reduce energy consumption through the use of geothermal energy were the basis of the building regeneration plan, the project being worth €10,750,000.

Because Greece is one of the countries most affected by climate change, the focus of public administrations is to reduce temperatures as much as possible in large urban agglomerations. I saw such an example in Athens, on Emiliou Veakis Street. The bioclimatic design helps to create the cooling effect of the street with little traffic. A special selection of plants and building materials that keep the temperature low have been used to combat extreme heat waves. In addition to the pleasant effect of reducing urban heat islands, there is also a high aesthetic degree that makes walking much more pleasant.

Peristeri Park and the Exhibition Center 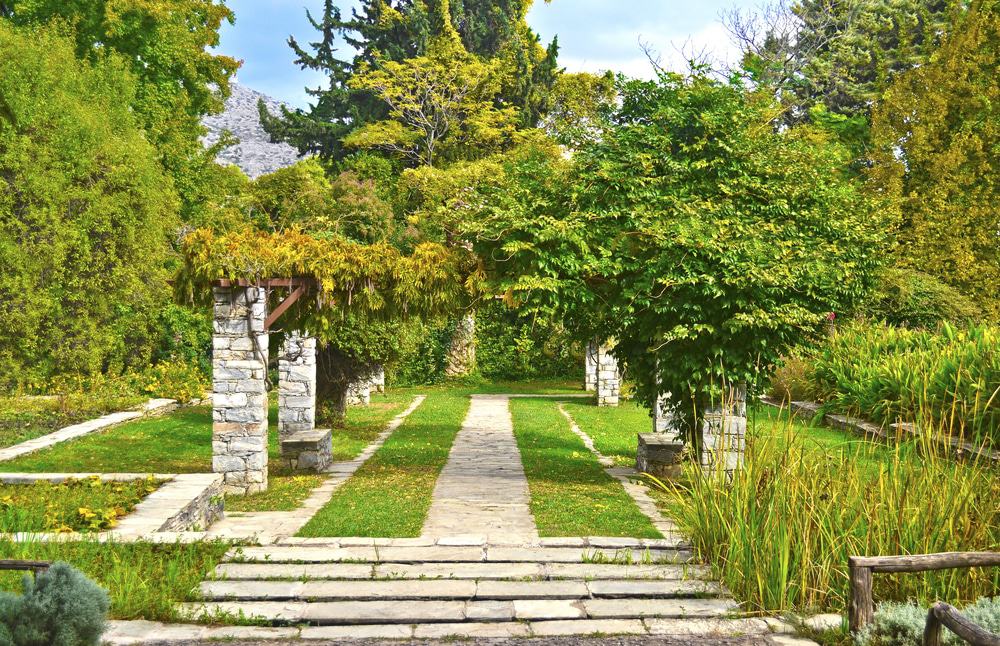 People from the Athens metropolitan area call the park a true green paradise. Spread over 24 hectares, Peristeri is an ideal place for those who want to reconnect with nature. Tall and hundreds of years old trees protect the paths with the shade they leave, which makes a walk through the area a solution for those most vulnerable to high temperatures. In addition to the natural setting, the public administration also created a municipal library and a children’s playground. Adults can take a break from work at one of the cafes or practice sports in the dedicated gym. For cultural activities there is an open-air amphitheater where shows, concerts, plays, dances and others are given in the summer. 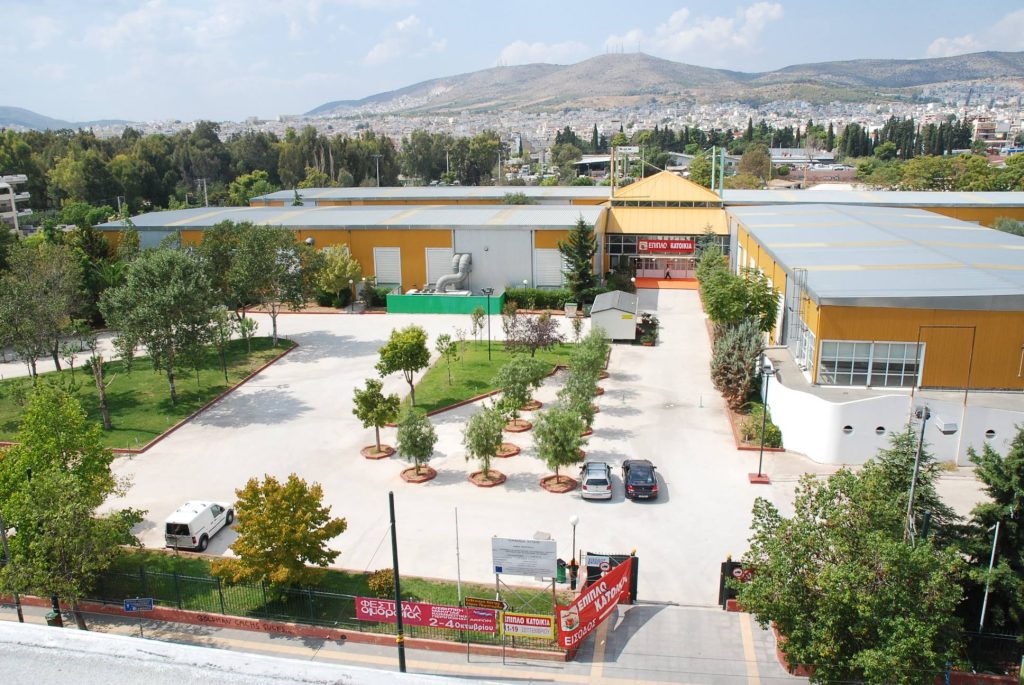 The Peristeri Exhibition Center is a modern one located right in the heart of Peristeri, in the commercial axis of Athens. The building covers 6,600 square meters, with almost 7 hectares of parking with a capacity of 1,000 cars. Representatives from the automotive industry, innovators and business leaders annually choose to organize events for their companies, but weddings or ceremonies can also be held at the request of customers. The center has four large rooms of 1,500 square meters each and a central corridor of 600 square meters that connects them, which is enough space for the efficient running of events.

The project mainly focuses on rebuilding the sidewalks in the refugee apartment complex in Evangelistria to allow people with disabilities to move around much more easily. This is where urban furniture comes in, where we mean benches, coffee tables, trash cans and so on. In addition to this goal, the common area between the buildings will be rebuilt, currently covered with tiles and concrete. In terms of energy efficiency, a new electrical network will be installed to reduce consumption.

The old furnace, which became a historical monument in 1988, has not been so well preserved in recent decades. The public administration decided it was time to give it due respect and started a project to restore the furnace on the entire area of ​​635 square meters, which had suffered major damage. At the same time, the surrounding area, which covers 5,300 square meters, will be transformed into a promenade square where outdoor activities and events will be held. With the implementation of the project, the area of ​​Western Athens and Attica will appear much more often on the cultural calendar of events and will make the Petras theater increasingly visible as an example of artistic performance. The investment is 1,740,000 euros, provided from the sources of the Attica Region.

Here we conclude the UHub European Tour, an experience from which we learned and passed on what it means for a community to develop sustainably, to collaborate institutionally, to involve people in shaping the future of cities. In the seven countries we traveled through we discovered a common thread: people who want to get involved and cities that understand how important it is to play the role of a leader of change. It was a unique experience and we will be back in the near future with a video documentary to show you how we can create the communities of tomorrow.