Great landscape architecture has the potential to modernize and revitalize urban environments, getting people to reconsider their relationship with long-forgotten areas in their cities. The best urban design projects are the ones that take nature as the main character of the story, emphasizing the fact that it is an essential part of life, even in urban surroundings.

Here are some great examples of urban design from around the world:

The Goods Line in Sydney, Australia

This elevated park was created along a stretch of abandoned railway that connects to the Railway Square at Darling Harbour in Ultimo, Sydney. The Goods Line has become a focal point of the city as it encourages people to socialize. There are several elements that facilitate socialization and the sharing of space, including an amphitheater with free Wi-Fi, children’s play areas, and tennis tables. The Goods Line is also a metaphor for the social and economic transformation of Sydney from an industrial city to a modern-knowledge economy.

Superkilen is a mystical and sensual place that brings together 60 works of good design in one of the city’s multicultural neighborhoods. This Surrealist collection of objects and projects comes from all over the world. There are the palms of China, the neon lights of Qatar, and the beaches of Los Angeles, California. All are redesigned with plenty of detail, leading to an explosion of colors that attracts citizens and improves life in the city.

The project by RS + Robert Skitek repurposes the routes around Lake Paprocany in Tychy. It uses many natural materials, encouraging the inclusion of the project within the environment. LED lights, shadows, and colors also help to set the mood. The designers used different techniques and devices that combine the modern design aggregation of citizens: wooden benches that become forums to see the shows, networks that become hammocks for relaxing, the sound of water, and the shadows of the trees.

Sustainability and merging the environment with buildings are two important elements in this project. Water collection and climate solutions are also part of this place. The special touch is in the union between the dark trellis and the yellow orchid vines resulting in a contrast of colors and textures; the plants are adequately located to provide shade, and a stage is placed next to the lawn for various outdoor activities.

The banks of the lake were dirty and polluted. No one was interested in spending time there until landscape designers made some positive changes. They installed benches and plants that create a more inviting environment and inspire people to spend time closer to nature.

The Metropol Parasol is structured on five levels and it was built considering the life that the market gives the city. The first level is the basement overlooking the archaeological remains found during construction. The second level houses an area used as a market that can host numerous stands. The third level houses the shows and the fourth is a restaurant. The fifth level is a unique sensory experience — a walkway in a terrace that embraces the old quarters of Seville. It is a wooden lattice with an organic shape — and was the largest wooden structure in the world. The structure, with its form and its tunnel, allows free air circulation on hot summer days, but also acts as an “umbrella” protecting people from direct sunlight. 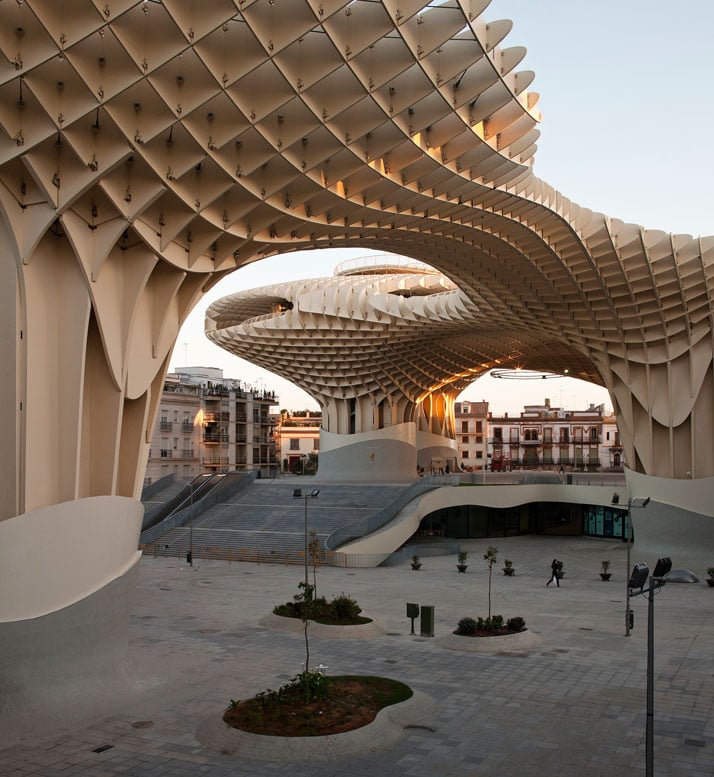 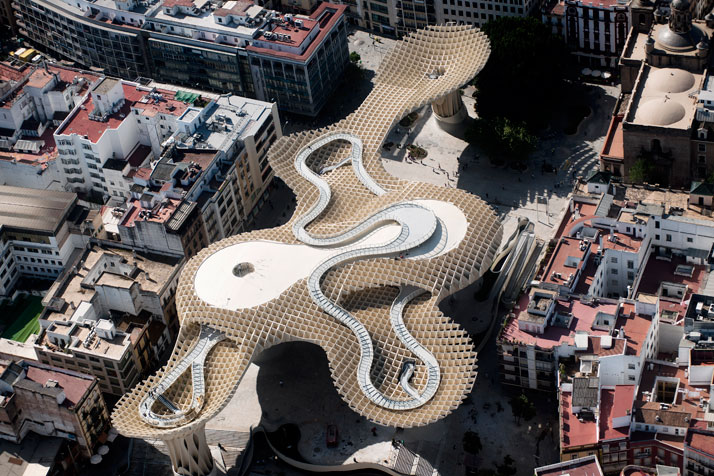 Urban design projects don’t necessarily have to be restricted to large cities. It can redevelop space and improve the lives of citizens even on an island in the beautiful Mediterranean Sea. The Farm Cultural Park is a small cluster of houses and courtyards with an Arab matrix similar to a “kasbah”, renovated and put to the service of the city. A contemporary art gallery in the open air has been developed between the old courtyards of the city, along the small roads that connect it to the main square — a secret garden, a place to breathe positivity.

Place d’Youville, a small green lung along the city’s waterfront and the old harbor, becomes a place of exchange. Different uses (domestic, commercial, and institutional) are underlined by the different types of materials used, blending as they come into contact with one another and giving way to allow different people to meet and talk. This green corridor of the city becomes a link between the people and the city’s buildings. The relationship with history and the contemporary theater leads people to linger and savor the calm that this place gives to those who live nearby.