Gurgaon is regarded as among India’s few cities which were built by private entities. Gurgaon’s story is one of a journey of mixed success and failures.

While Gurgaon’s story is not at all a rosy garden, there are important lessons that can be abstracted by future cities which wanted to follow the “private governance” and “corporate style” of development.

Author-economists Shruti Rajagopalan and Alexander T. Rabarrok took Gurgaon, India, as “a case study for the failure of the state to provide essential public goods and urban planning and the extent to which the private sector can take over such provisioning.”

From wasteland to dreamland

The fascinating thing about Gurgaon is that some time ago it was the ugly duckling that no one wants to look at the second time. Three decades ago, it was basically what American writer Mark Twain may describe as a “wasteland.”

Located a few hundred kilometers away from Delhi, the place was literally a desolate piece of real estate.

Then the Indian government starts to loosen up its land regulatory policies. The state’s neoliberal policies on land acquisitions and development no doubt paved the way for rapid economic growth and increased urbanization.

After some years of intensive development, Gurgaon became a gleaming modern city featured by sky-scrapers, high-rise apartments, IT hubs, industrial parks and one of the largest malls in the world–the Mall of India.

From almost a deserted area with nothing, now the city is home to over nearly 2 million people.

It has grown almost entirely in the absence of government.

But what you see is not really what you get. Underneath its gleaming trappings are some hidden problems.

Rajagopalan and Tabarrok presented some digestible lessons that can be abstracted from Gurgaon’s experiences. Here are some of these important lessons:

The effective absence of a government that was willing and able to keep up with private development by building public infrastructure would leave the city’s governance fragmented and sometimes even misguided. Problems in electricity, sewage system, water system, waste management and fire prevention services cropped up as the city grew. In the absence of government response to address these problems, the private sector has stepped in. Private suppliers have responded to the failure of the public sector by creating private sewage, water, electricity, and security. “Private developers responded with initiative to the lack of public infrastructure in all these areas,” write Rajagopalan and Tabarrok. While private governance in itself is not bad, when not done properly self-governance and regulation has the tendency to be off and out of bounds. 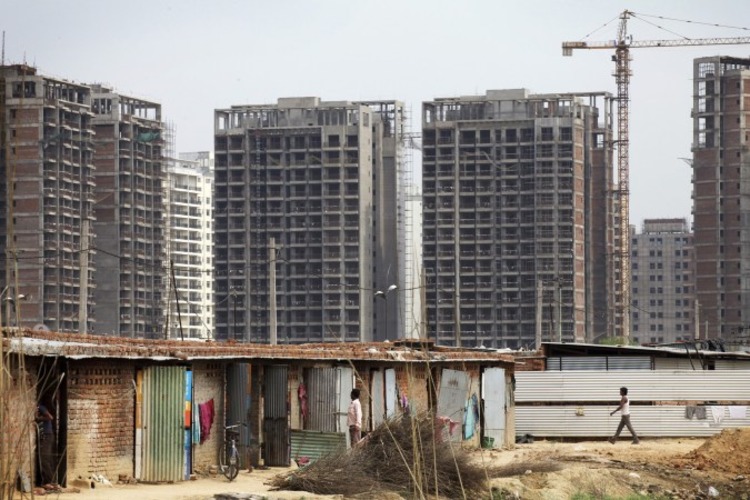 Rajagopalan and Tabarrok explains “While private firms have under-produced services such as sewage disposal and piped water, they have overused common resources by dumping waste, diminishing groundwater at unsustainable levels, and polluting the air with diesel fumes. The primary problem has been a failure of the state to prevent exploitation of collective property. A failure of regulatory enforcement give firms free hand “to maximize profits by treating common areas as a dumping ground, literally in the case of sewage and figuratively in the case of air pollution and groundwater depletion.”

Evidently, as Rajagopalan and Tabarrok puts it: “Gurgaon illustrates the scope and the limits of private sector provisioning when the state machinery fails to provide essential public goods.”

“On the surface, these private systems work well for those paying, but looking beneath the surface, the costs are high. Private security does a good job protecting the middle class, but public spaces are unprotected,” Rajagopalan and Tabarrok further explains.

Citizens groups and local institutions are vital to deal with free-rider problems and externalities from the ground up . In Gurgaon, there has been a slow emergence of citizens groups, environmental groups, and resident welfare associations to monitor the commons. Without active monitor to oversee abuse, overuse and misuse of the commons, everything goes without due regard to keeping the commons within equilibrium.

Some five to seven proprietary but competitive cities could have been created out of Gurgaon. For a “privately-initiated” city, Gurgaon is undeniably large. Accordingly, this system could have made Gurgaon more manageable and encourage cities to acting as proprietary communities. Rajagopalan and Tabarrok explains that “as proprietary communities, the competitive cities would have every incentive to invest in and plan for appropriate infrastructure… competitive pressures would keep rents low …generate experimentation and innovation in new rules that would then spread through intercity learning…transaction costs would likely be low enough to support joint projects, including control of inter-city externalities.”

Humanity’s future is hinged on the cities inasmuch as in the next 20 or 30 years, it is estimated that 7 out of 10 persons will make cities their home.

Future cities should look back at Gurgaon and learn from its most valuable lessons.