Bike hiring schemes have become increasingly become popular in all continents. These systems can serve as an alternative to cars and promote more bicycle use. Barcelona has lived a bike hiring scheme boom in the last few years that is beginning to dissipate. On the other hand, Santiago’s boom has just started and it looks like it’s making a positive impact. But just how effective is this system to promote and establish a cycling culture in cities?

After almost two years since the inauguration of BikeSantiago, the bike hiring scheme is giving positive sensations. The city’s council has recently published a survey done among daily BikeSantiago users. The system has passed this first test with a positive 7 out of 10 evaluation and with most users being very satisfied with the bike hiring scheme. The most interesting finding has been that 50% of users already have a car, while the rest of users have said they do not plan to buy a car anytime soon.

However, 52% of users have admitted that even before BikeSantiago came to existence, they used public transport. Around 13%, around 3000 users, have actually made the shift from car use to bike use, which is still quite remarkable. Local authorities are foreseeing to expand cycling routes and provide more bikes in order to respond to the system’s boom. 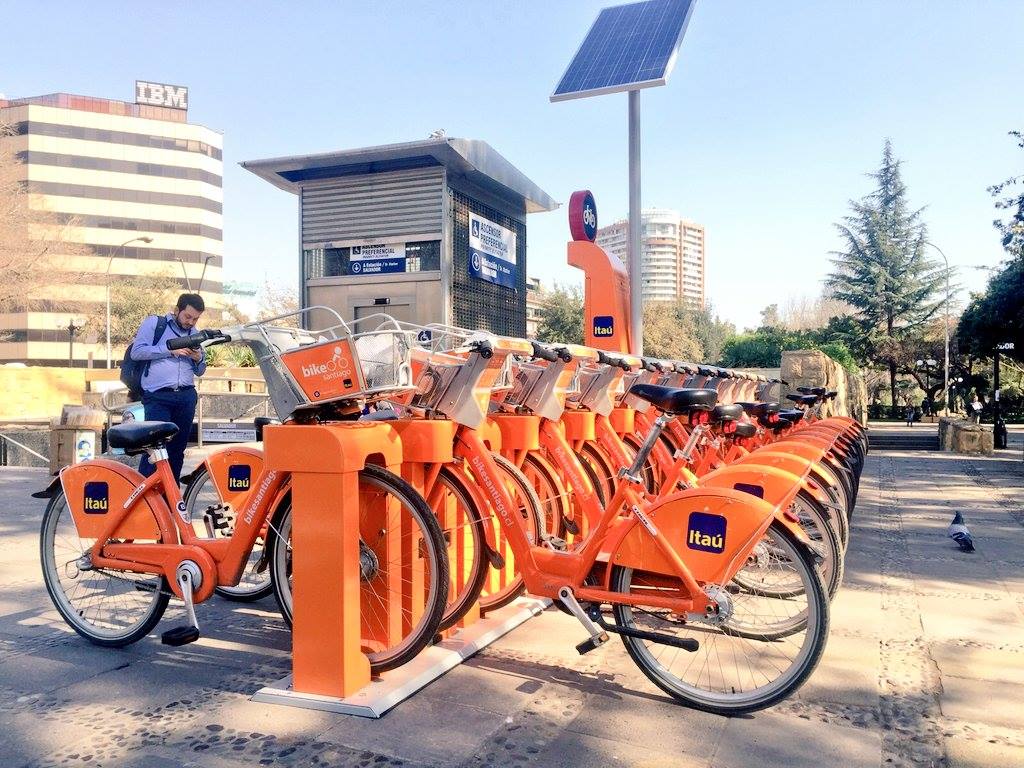 On the other hand, Barcelona’s bike hiring scheme, Bicing, seems to have hit an all-time low. In its first year, in 2007, Bicing reached 100 000 members, much more than firstly expected. It also celebrated its 100 millionth ride and Barcelona’s city council announced a cycling network increase of 165% by 2018.

However, over the last 3 years, Bicing membership has decreased by 16%. The financial crisis, high membership prices and the lack of investment in the biking scheme explain membership decreasing. Additionally, the percentage of Bicing use within Barcelona’s cycling transit has gone from 35.6% in 2012 to 23.6% in 2015. Barcelona’s local authorities still suggest Bicing is on the right track and they affirm Barcelona’s cycling culture is on the way. However, daily bike displacements only account for 1.8% of the city’s total, which is really far from 2.5% goal marked by 2018.

Bicing seems to have reached its peak and its starting to show certain flaws. Part of the idea of bike hiring schemes is to create a cycling culture in the city. Barcelona seems not to have embraced this culture as expected and local authorities are showing flaws in planning and management. On the other hand, BikeSantiago is going through the same boom Bicing did in its early years. It is important that Santiago’s authorities learn from Barcelona’s mistakes in order to prevent membership decreasing. In order to do that, investing in routes and stations is important, but it’s more important to find a way to innovate the system and attract new users. Only through innovation and careful planning, will Santiago achieve a real cycling culture that does not rely on membership prices.