The Blockchain technology, Anton Golub co-founder of Lykke argues, is the greatest and most fascinating discovery that we will see during our lifetime. The impact of the Internet is nothing compared to how blockchain will change society, considering the fact that the Internet completely changed the way we exchange information. Blockchain, on the other hand, will completely transform how we exchange assets. 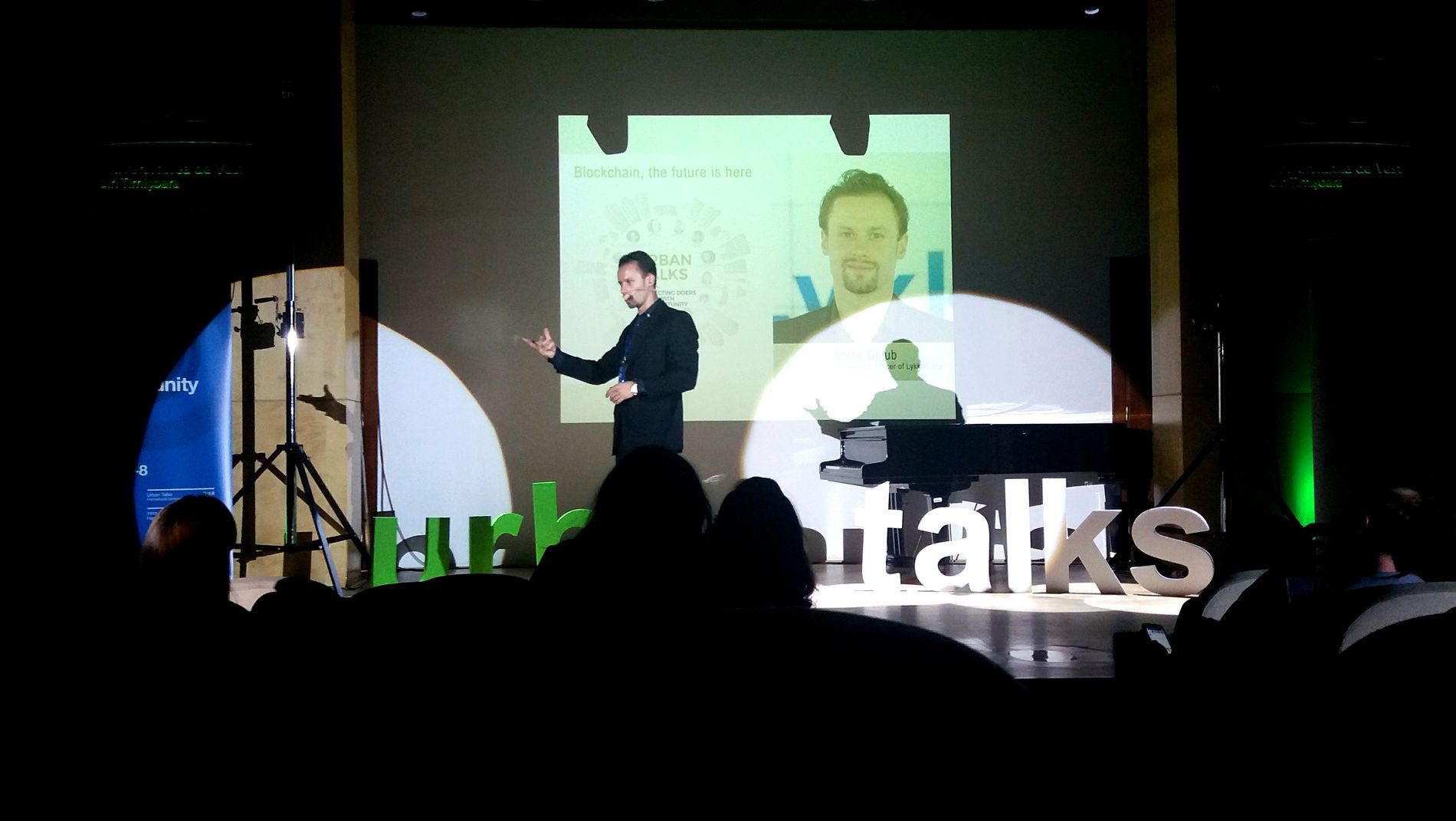 Upon starting his speech, Anton Golub argues that the Internet is, essentially, a publishing place for the entire world, as one can publish his thoughts through a blog post or his family pictures through social media just as well as any other type of information.

On the other hand, the blockchain represents a global database or a platform for (publishing) assets.

In a few years, all of us will be using the blockchain without being aware of it, as it will represent the silent systemic background for a lot of our actions.

Similarly, we don’t really know how the Internet works either – we only assume there is a complicated infrastructure that we don’t know about and whose functioning we cannot fully understand.

However, that is how it’s supposed to be, for the blockchain, just like the Internet, is supposed to work without us being fully aware of their internal mechanisms or technical details.

We are just at the beginning with developing the blockchain, Golub points out. The issue for now is that the public is not aware yet of what blockchain can do.

The ordinary people that took years to get used to the Internet are now facing another revolution, as they are reluctant towards understanding both the potential and the benefits of blockchain.

People are quick to point out the disadvantages that it can bring about, neglecting the fact that, this way, the vision and the overall picture of the potential of blockchain technology is lost. For instance, the current underlying infrastructure of the financial system is marked by a lack of transparency and of speed.

The new technology that blockchain puts forward can transform this system and can improve its very foundation, by providing more transparency, more speed and lower costs.

By essentially being an infrastructure for assets, blockchain is likely to be used in such processes. Lykke Corp is trying to do just that – transposing the new technology within the current slow and uncontrollable financial system and therefore deeming it obsolete.

Consequently, a new browser for assets and a new global marketplace is to be created based on this new technology, so that sending and receiving assets will work just as quickly and as easy as sending e-mails today.

Despite its incipient stage, we can surely assert that the blockchain revolution has already started!

Anton Golub is a co-founder of Lykke Corp and its Chief Research Officer. Previously, he worked as a researcher at Olsen Ltd, a Zurich based asset management company and as a research fellow at the Manchester Business School, studying high frequency trading, market micro-structure and Flash Crashes.

He also participated in an international project on algorithmic and high frequency trading and in various other EU-funded research projects, currently working as a supervisory board member for Big Data Finance.