The C40 Mayors Summit took place during the first days of December in Mexico City, gathering officials from 90 cities as well as industry leaders to discuss the issue of climate change and the radical measures cities have to take in order to combat its effects.

The Summit comes after the historic Paris Climate Agreement came into force during the previous months and it highlighted the crucial role cities need to play in order for global warming to not exceed the 1.5 degree limit set in Paris in 2015. Read more about the Paris Agreement here. 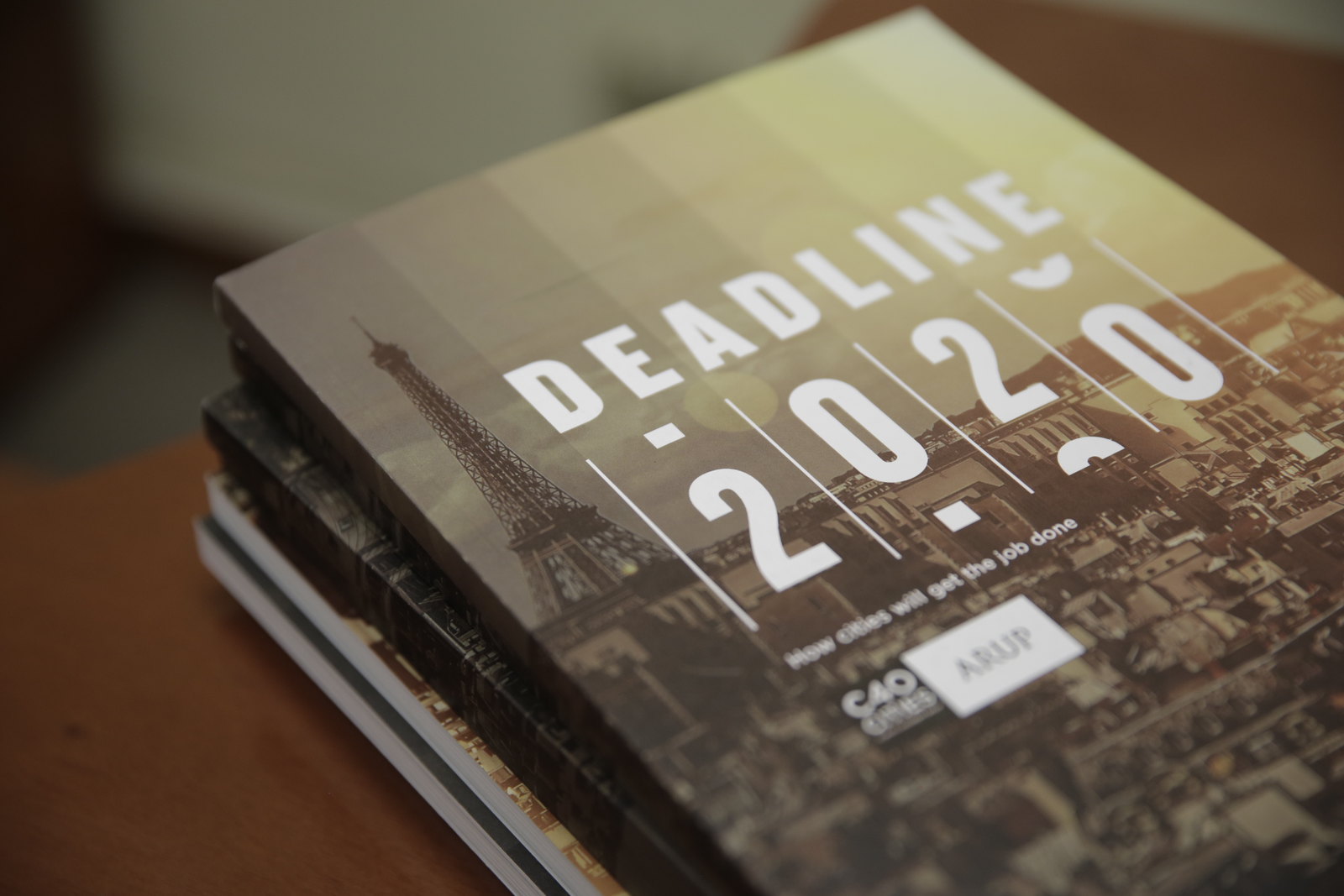 The defining document of the 2016 Mayors Summit is called ‘Deadline 2020: How Cities Will Get the Job Done’ and it contains commitments from mayors of megacities around the world to peak carbon emissions by 2020 and then nearly halve them for every citizen by 2030.

According to the research, if all cities with a population of over 100,000 people follow the Deadline 2020 recommendations, the world will achieve 40% of the emissions reductions necessary to avoid catastrophic climate change.

In order to achieve their goals, cities in the C40 network will need to invest around $375 billion over the next four years – so action needs to begin very soon and people living in these cities will hopefully be able to see significant changes by 2020.

The plans promise to create jobs, build crucial infrastructure, improve public health and create cities that are generally more liveable and friendly to their citizens.

Recommendations of Deadline 2020 include: focusing on buildings and transit sectors, smart urban planning, creating partnerships and collaboration within and between cities, and also working with regional and national authorities to reach specific goals. 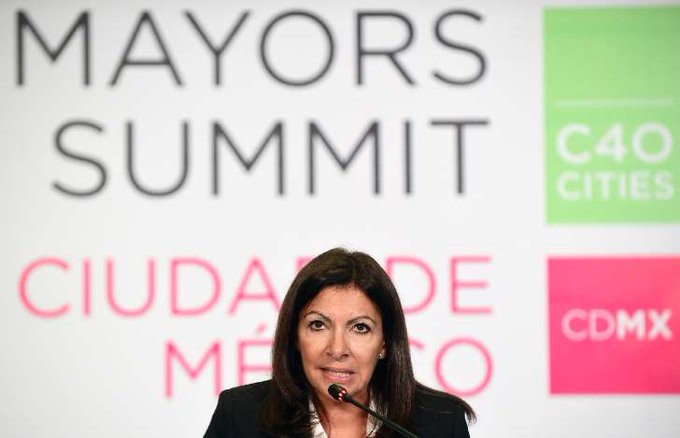 This year’s summit also marked the beginning of Mayor of Paris Anne Hidalgo’s C40 Cities Chairmanship. Hidalgo has had a very important role in promoting the importance of the Paris Agreement to combat climate change, and specifically the role that cities need to play in order for the main goals to be achieved.

Paris under Hidalgo’s leadership has taken impressive measures towards reducing its emissions and has become one of the leaders in the network of cities committed to this cause.

Hidalgo and the other Summit participants support the idea that cities need to take the lead and act instead of waiting for politics at the national level to create the conditions necessary for reducing global warming, as that may turn out to be a slow and insufficient process.

One impressive commitment that was made at the event came from four major cities – Paris, Mexico City, Madrid and Athens – which have pledged to remove and ban all diesel vehicles from their roads by 2025 as part of an effort to improve air quality, as an estimated 3 million deaths are caused worldwide each year by exposure to outdoor air pollution.

For the changes to be possible, the cities have pledged to incentivise alternative vehicles and promote walking and cycling infrastructure.

During the Summit, the annual C40 Cities Awards were also handed out to 11 cities for their impressive actions to make cities more climate-friendly, more liveable or more inclusive. Here is a full list of winners:

Another idea introduced during the C40 Mayors Summit of 2016, also led by Paris Mayor Anne Hidalgo, was the Women4Climate Initiative, which helps empower women who are involved in the climate fight around the world, as well as bring into focus the issue of gender and climate change.

Urban leaders, businesses and citizens from around the world are becoming more and more aware of the need to take urgent action to combat the devastating effects of climate change. While the nature of national politics can have a negative impact on such efforts, there is no need for cities to wait for national governments to act in their name.

Partnerships, knowledge-sharing and collaboration between local groups much more effectively, and through such actions we can hope to see positive effects in just a few years, if cities like the ones in the C40 network continue to be so proactive and innovative. 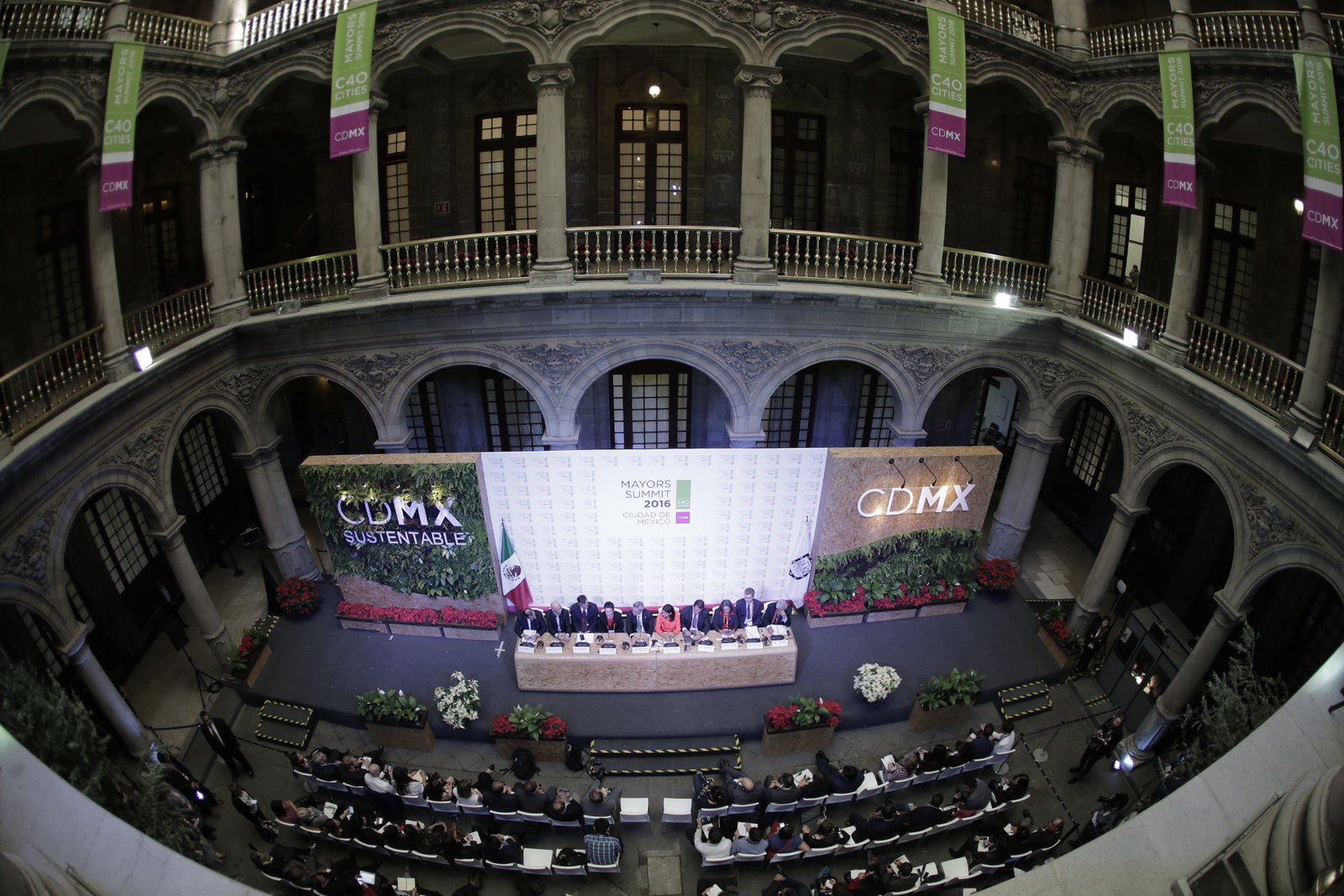